The Detroit River, the Poster Highway for Prohibition 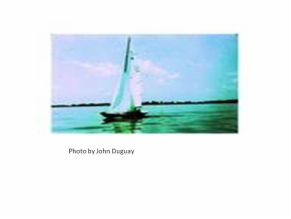 The Detroit River is a presence in the lives of people who live along its banks. It is a commercial highway and a liquid agent of social change. During the Prohibition Era of American History, historians calculated that at least 75 percent of the illegal liquor smuggled and transported in the United States came through the Detroit River highway.

The life of Gus Pappas has flowed with the Detroit River through seasons of conflict and change. The son of Greek immigrant Sam Pappas, as a young boy, he fished and boated on its surface and hunted for muskrat along its shores for his father to cook and serve in his riverside restaurant.

As he grew older he joined the crews of the Ecorse Boat Club as they stroked their way across the surface of the Detroit River to countless championships. The shouts of encouragement from the shore still hang in the air above the River and shadow shells from the Detroit, Wyandotte, and countless other rowing clubs glide through its waves.

The Home Town Boys (Including Gus?) Dive for Contraband Liquor

It is possible that Gus occasionally joined some of his contemporaries in diving into the Detroit River for bottles of contraband whiskey at the foot of Southfield dock, a popular pastime for young waterfront entrepreneurs during the Prohibition Era. He doesn’t comment out loud, but the twinkle in his eyes hints at unspoken adventures.

Eli “Peck” LeBlanc, the son of one of the old Detroit and Downriver French families which originated in Quebec watched the river from the porch of his home on Jefferson Avenue in Ecorse during the seven plus decades of his life. On a clear day he could see across the River to Canada from the vantage point of his front porch.

Peck was born August 10, 1888, and grew up in the family homestead on the Detroit River. In 1904 when he was sixteen, he worked in an ice house on the Detroit River, cutting huge blocks of ice which were stored in sawdust to use during the summer months. When he turned seventeen, Peck decided it was time he owned a “regular” suit and he took a job at the Great Lakes Engineering Works ship yard in Ecorse as a fitter’s helper. He worked for five months until he had earned enough money to buy his suit.

When he was in his early thirties in the 1920s, Peck noted that boat traffic on the Detroit River had increased considerably. In the evenings he sat on his front porch watching and listening to the rum runningvnoises. There is no documentary proof that Peck actively participated in the rum running activities on the Detroit River first hand, but however he acquired them, he possessed a repertoire of rum running stories. Peck shared his stories
with posterity so well that he made them feel that they and perhaps he were first hand participants in the events of the 1920s and 1930s on the River.

Americans and Canadians Cooperate Across the Detroit River

La Salle, Ontario is directly across the Detroit River from Ecorse and in the 1920s Peck saw the River dotted with small boats plying back and forth across the River. Boat traffic between Ecorse and Detroit, Michigan and Windsor, Walkerville, La Salle, and Amherstburg, Ontario increased considerably during the 1920s because of legislation on both sides of the River.

In a perfect river of rum match, Detroit served as the portal to the throats of thirsty Americans and its sister city Windsor, legally produced and exported beer and whiskey in unlimited amounts. The social and geographical partnership of the Canadians and Americans on the Detroit River produced a river of rum and other alcoholic beverages in the 1920s and the early 1930s and a more modern partnership in the Twenty First century created a renaissance of the Detroit River itself.

Americans and Canadians Experiment with Prohibition

Both Canada and the United States celebrated the first years of the Twentieth Century with sweeping political and social changes and a far reaching social experiment- Prohibition. Detroit was the first major United States city to ban the sale of alcohol in public establishments and by 1918, Detroit was completely dry. It had enjoyed a one year head start when Prohibition became the law of the land in 1919.

This year gave gangsters and bootleggers time to build a network to transfer liquor from Windsor to Detroit, a river of alcohol which led to a huge increase in alcohol consumption and an era of ingenuity, crime and gangster rule. Across the Detroit River in Canada,
individual provinces including Ontario had outlawed the retail sale of liquor
but the Canadian federal government had approved and licensed distilleries and
breweries to manufacture and distribute alcohol ‘for export only.’

The Detroit River a Smuggler’s Paradise

The Detroit River was a smuggler’s paradise. It is 28 miles long and less than a mile across in some places, and it contains thousands of coves and hiding places along its shore and islands. Along with Lake Erie, Lake St. Clair and the St. Clair River these waterways carried about 75 percent of the liquor supplied to the United States during Prohibition.

By 1929, illegal liquor was the second biggest business in Detroit at $215 million a year, just behind automobiles. Public opinion stood firmly against the liquor ban and no mayor was elected in Detroit who favored Prohibition. As many as 25,000 blind pigs operated in the Detroit area and people drank everywhere from speakeasies to private clubs to established restaurants to storefronts and at home.

Cocktail parties were popular in society circles and workmen drank beer with their lunch or dinner. Commercial breweries that were allowed to produce ‘near beer’ had to first produce real beer, and then remove the alcohol. This practice begged for exploitation. Illegal commercial enterprises often run by the various gangs poured out millions of gallons and home stills were everywhere and the Detroit River Road connecting Canada and the United States sparkled inviting in the sunshine and carried liquid cargo in the
concealing darkness.

Detroit gangs, and ordinary people participated in the free flow of liquor back and forth across the Detroit River when Canada legalized liquor shipment. The partnership between bootleggers along the Detroit River and Canadian brewers began on August 11, 1921 when the shipments of beer and liquor from Canada to the United States became legal. This opened up a glittering world of rumrunning, roustabouts and riches for the ordinary people of Ecorse and allowed gangs like the Purple Gang from Detroit to provide a foundation for the Mafia and entrench themselves in American society.

The Detroit Color of Purple - the Purple Gang

In the early 1920s immigrants flocked to Detroit seeking jobs in its booming automobile industry. Many of them settled in lower east side neighborhoods near the Eastern Market and came of age amidst poverty, crime and violence. Many of the children growing up in these neighborhoods were children of Russian Jewish immigrants who toiled for a precarious living for their families. Some of their children joined a gang that two shopkeepers dubbed the “Purple Gang,” because they were “rotten, purple, like the color of
bad meat.”

The young Purples worked in concert with the old sugar house gangs that provided corn sugar for home brewers who were allowed to brew a set amount of liquor for their personal use. Gangs like the Purples soon moved in on sugar houses and used them as a resource for illegal stills and breweries. When the opportunity came to “import” liquor from Windsor, the Purple Gang was
organized and ready.

By the early 1920s the Purple Gang had earned a reputation as hijackers, stealing liquor loads from older and more established gangs of rumrunners. Soon the Purple Gang dominated the business and connected with Al Capone’s Chicago syndicate.

Most Canadian provinces went dry at the same time the Eighteenth Amendment passed. The Liquor Control Act in Ontario prohibited public or hotel drinking but did not forbid manufacturing and exporting liquor. This loophole in the Act ushered in a wild decade. Thirsty Detroit languished across the Detroit River from Windsor and beyond it panted the entire American continent. Enterprising Windsor businessmen immediately set up export docks which were really simple frame sheds.These docks soon dotted every inlet and every bank that would support a dock along the Detroit River from Lake St. Clair to Lake Erie.

Trucks protected by the B-13 customs form for liquor in transit carried the liquor to the docks. Whether it was consigned to someone in Mexico, Cuba, Bermuda or St. Pierre de Miquelon, men loaded the liquor into speedboats or rowboats which then supposedly headed for Cuba or Mexico. Instead of voyaging to Cuba, these boats made the short run across the Detroit River and landed at docks in the United States.

Boats of Every Kind, Kin, and Color

Rumrunners tapped deep reservoirs of ingenuity within themselves and their equipment and they all had one goal: to use evasive tactics, camouflage and surprise to bring their wares safely across the Detroit River and to dodge United States Revenue cutters and police boats waiting on the far shore. Ninety percent of all liquor illegally imported into Michigan came by boat and the boats ranged in size, type, shape, and appearance. Steamers, tugs, fast motorboats, sailboats, rowboats, and canoes were used.

Customs agents found liquor hidden inside watermelons, hearses, and other unusual places. With some puzzlement, United States Customs officers noted an increase in the export of eggs from Windsor to Detroit. One day in May 1920, a man carrying a large market basket got off the Windsor ferry and walked about his business. Near the foot of Woodward in Detroit, a taxicab hit him and a crowd gathered. Some people sniffed the air, savoring the unmistakable aroma of whiskey. Several dozen eggs were scattered all over the pavement. The man, not seriously hurt, looked around him uneasily.As soon as a policeman approached, he struggled to his feet and fled the scene abandoning his basket with some of the eggs still intact.

The policeman examined the basket and discovered that the eggs had been emptied
of their yolks, filled with liquor and carefully resealed. From that day forward,
customs officials looked closely at all baskets of eggs.

Another liquor concealing ruse involved a system of belts. One rumrunner described his lady’s system of belts where she would conceal bottles. She’d strap the bottles to her body beneath her dress. One time they reached the border, but then the customs agents asked them to get out of their car. She got out on her side and he got out on his side. They were looking at each other over the roof of the car while the customs agents searched when he
noticed a frightened look on her face. “Smash, smash, smash…one of the belts
had let go.”

The Boat of Muskrat La Framboise

Rum runners applied the same ingenuity to their boats.
Muskrat La Framboise, a rumrunner, had a boat with a plug in it like a bathtub.
When the police spotted him, he’d pull the plug and the boat would sink. Later
when no one was around he’d go back to the boat and dive for the liquor. The
whiskey was stored in jute bags tied together at the tops like ears. When the
bottles were dumped overboard, a diver could dive down and pick them up by the ears
and haul them to the surface. Muskrat became quite expert at this method of
recycling.