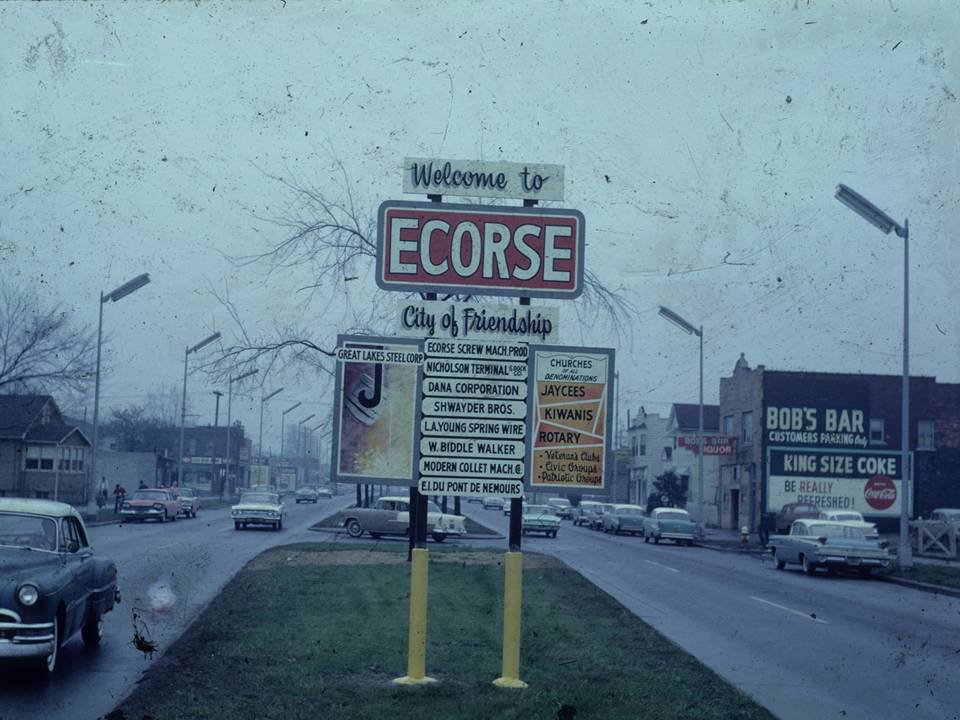 His name is Gus and he rowed on the championship rowing team that won the Henley races in Canada several 1940s years in a row.   His father came to our small maritime community, Ecorse, Michigan, from Greece and he opened a restaurant that rough and ready hunters, bootleggers, fishermen and truck drivers frequented for conversation, companionship, and muskrat dinners. Sometimes times were lean, but he kept hunting and rowing.

His name is John and he hailed from one of the old French families that settled in Ecorse in the nineteenth century. His father died when he was still a teenager, but he still managed to graduate from Ecorse High School. He proudly served America as a Navy Seal. He started poor, but he developed his talent for photography and lost an eye on the job, invented things and earned a comfortable living. When he got older, his eyesight and his hearing failed, but his mind didn’t. He would examine his old photographs with a magnifier and tell the story of each one with a smile and a twinkle in his failing eye.

Her name is Christine and she arrived in the United States from Scotland after World War II, and made her way to the Ecorse elementary school called Ecorse School Number One. She taught fifth grade in a delightfully Scottish accent and she told us stories about her homeland in a wistful, homesick way. She also emphasized that America was her home now and she appreciated her new beginning.

His name is Robert and he was one of the doctors who was born in Ecorse, educated elsewhere, and came back to serve his hometown for over six decades. While the city added another buckle to the rust belt, he continued to treat generations of patients with wisdom, compassion, and grace. He lived and died doctoring.

Her name is Ruth and she made the apron a symbol of strength. She filled its pockets with love for her family, and her quiet support of her community. She wore her apron when she made her homemade soup and cooked pizza in the Ecorse High School cafeteria. She tied her apron strings around lives with loving knots.

Her name is Mary and she worked in the Willow Run Ford Plant making B-24 bombers. The figures tell part of her story. At the end of 1944, the Willow Run Ford Plant was producing 650 B-24 bombers every month and by 1945 Ford made 70 percent of all B-24 bombers in two nine hour shifts a day. The B-24 bomber contained 100,000 parts compared to the 15,000 needed to build a 1940 automobile and the demand for people to build them unending. Men and more men fought were overseas fighting and workers were scarce. The United States War office ordered Ford to hire 12,000 women at Willow Run and by October 1943 more than 140,000 women worked at the Willow Run plant. They included teachers, waitresses, housewives, and a few businesswomen and they earned the same wages as men, from 95 cents to $1.60 an hour. Mary was one of the Willow Run women from Ecorse.

Henry Ford earned great wealth. He wasn’t a perfect man. History and tradition say that he was anti-Semitic and autocratic, but he still loved America and felt enough of a sense of American community to give back some of his wealth, sponsor a Peace Ship to try to end World War I, and help individual members of the community.

His name is Richard and he was a prisoner of war in Korea. When he came home, his parents and his high school coach greeted him at the airport. His name is Philip and his father was another Ecorse championship rower. He didn’t come home from Vietnam alive. Her name is Brenda and she had a child before she graduated from Ecorse High School. She struggles to raise her daughter while she’s going to Wayne State University to get her nursing degree. Her name is Elizabeth and she struggles to live on the Social Security that she paid into for sixty years and to keep her health and her modest Ecorse home.

These are people from my time in Ecorse my hometown. Millions of people from hometowns in cities and states all over America have similar patterns, values, similar humanity, and similar stories.

Ecorse was not a perfect place to grow up and it did not contain perfect people. The steel mill that a Pennsylvania entrepreneur had founded in 1929 produced generations of jobs, but also daily clouds of soot and other pollution. My mother used to grumble every time she hung out clothes because some of the steel soot clung to them.

The automobile and other industries polluted the Detroit River so much that despite its swift current it ran as sluggishly as a clogged drain. People fought, drank at the numerous Ecorse bars, and practiced bad race relations in the era of black people “living on their own side of the tracks.”

But Ecorse still survives, battered and struggling but surviving. The Detroit River runs clear and green again and industry is slowly reawakening.

All of the other communities and states that make up America survive. America’s sense of community has been eroded by changing times, a changing world, tunnel vision, ideologues and just plain selfishness and selective memory.

We forget that the soul of America is expansive and broad minded enough to nurture all kinds of people. The goal of America has always been freedom and equal opportunity for all of its citizens. History shows us that we don’t always reach our goals, but when we act with soul and as a community we do. We need to reconnect with that soul and with each other instead of allowing politics, disagreements, and rancor to create chasms in our American community.