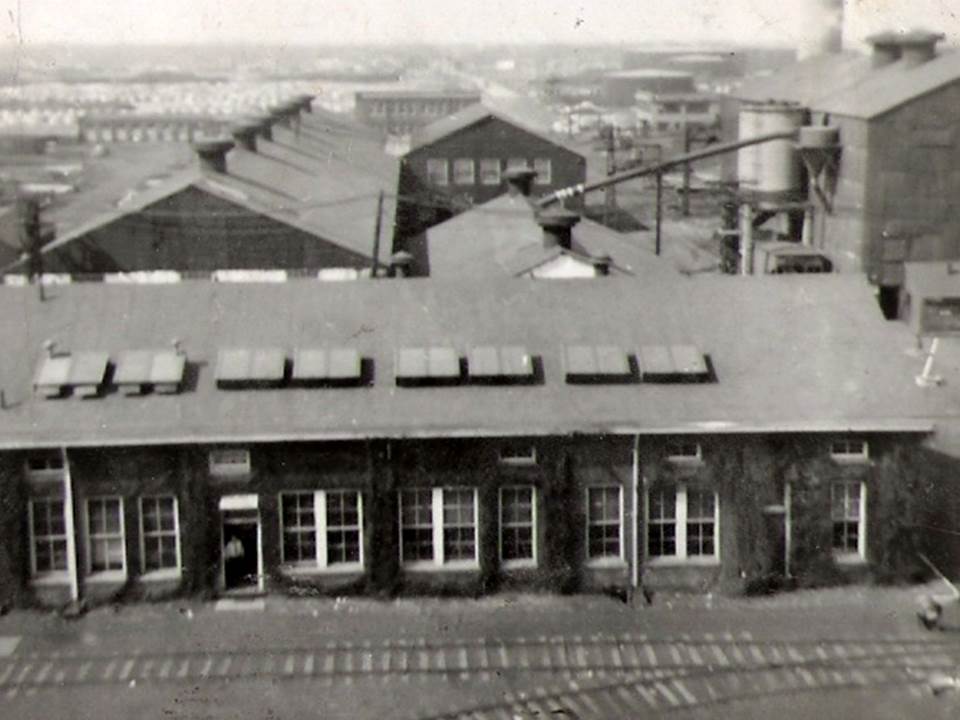 Many of the 303 or 338 vessels, depending on sources and how you tabulate total shipbuilding from the Detroit and Ashtabula works, that the Great Lakes Engineering Works had built did not cease plying the Great Lakes when Great Lakes Steel bought the company in 1961. The Detroit News mourned the end of a shipbuilding era, but the era continued in a different form. The story of the Sparkman D. Foster, formerly known as theHoover & Mason, is illustrative.

Two years after Great Lakes Engineering closed its shop doors, the steamer Sparkman D. Foster was towed from her winter berth in Detroit at the foot of Mt. Elliot. The Browning Line owned the Sparkman D. Foster and sold the steamer to Marine Salvage Ltd. of Port Colborne, Ontario, broker and scrap dealer. The sale of theFoster was subject to Maritime Commission approval because the transfer was to a foreign flag. Before she was scrapped the 524 feet long and 9,800 ton capacity Foster contributed and received parts of other ships. Her hull and engine were original Ecorse products andher conveyor boom and A-frame were removed and installed in the barge Marquis Roanthat was seen frequently in Detroit. In 1956 the pilothouse of the scrapped freighter B.F.Jones was installed on the Foster.

The Foster also contributed to Great Lakes history for over fifty years. She came out in the Tomlinson fleet with the unusual double name of Hoover & Mason. For 23 years she was a bulk ore and grain carrier, but in 1928 she was sold to Boland & Cornelius, converted to a self-unloader and renamed E.M. Young. The following year she was renamed Col. E.M. Young. Browning Lines bought her in 1953, reconverted her to a straight-deck bulk carrier and brought her out again in 1954 as the Foster- named for Detroit’s best-known admiralty lawyer. The Foster’s life history paralleled that of many Great Lakes Engineering vessels and illustrated the longevity and durability of their product.[1]

An estimated 8,000 people gathered at the Great Lakes Engineering Works to watch theHomer kiss the Detroit River and cheered “there she goes” as she rumbled sideways down the ways at 12:22 p.m. When the Homer splashed into the Detroit River many people who had crowded too close to the launching slip were soaked from the spray which splashed almost as high as the ship. Several workers who had helped construct the ship stood on the afterdeck and waved their metal hats as she smacked into the water, her colorful pennants fluttering madly. Mrs. Arthur B. Homer, wife of the president of Bethlehem Steel, owner of the Homer, smashed the traditional bottle of champagne on the prow and said, “I christen thee Arthur B. Homer. Good Sailing.”

The ship started to move and whistles blared from long idle ore steamer quartered in the Great Lakes yard and from freighters that had anchored in the Detroit River to watch the launching. Several tugs and smaller boats hovered around the Arthur B. Homer.[2]

The Homer’s reign as the largest ship on the Great Lakes proved to be brief. In 1960, another 730-footer, the Edward Ryerson was launched in Manitowoc, Wisconsin. Paradoxically, more than a decade later, another Wisconsin shipyard, Fraser Shipyards, Inc. of Superior, Wisconsin, lengthened the Homer. The Homer entered the shipyards in late September 1975 and in October 1975, Fraser drew up plans to expand her.

First a new midbody was fabricated, then on October 26, after the Homer had been cut in two near midships, the work began. The stern half of the ore freighter was floated out of the dry dock and the new midbody floated in. The forward half of the ship was firmly ballasted on the keel blocks in the floor of the dry dock. Once the 75-foot wide and 39-footdeep midbody was positioned, the stern was winched back into the dry dock and aligned properly with the new midbody. Then the dock was pumped dry and the stern and midbody sections lowered into a position level with the bow.

In the next few weeks, the workers welded the midbody to the bow, and later the stern to the midbody. Special steel straps were welded the full length of the ship’s bottom and to the spar deck outboard of the hatches to provide added longitudinal strength.

The installation of the 960-foot midbody section in the 730-foot Homer, made it the largest American Flag vessel ever to be lengthened and workers finished the job in a little more than two months.  Fraser also increased the Homer’s cargo capacity from 27,000 gross tons of iron ore to 31,200 and installed a bow thruster to improve her maneuverability.

For three decades, the Homer carried iron ore from upper lake ports to Taconite Harbor, Minnesota to Bethlehem’s Burns Harbor plant on the southern shore of Lake Michigan and to the company’s Lackawanna, New York plant on Lake Erie. She labored until the early 1980s when she laid up in Erie, Pennsylvania. In December 1986 her owner towed her to Port Colborne for dismantling.  This last ship that Great Lakes Engineering built symbolized Antonio Pessano’s vision of iron and steel and ships transporting the ore to make that iron and steel.  Antonio Pessano was a nineteenth century industrial baron building his shipping company on Andrew Carnegie’s idea of controlling the sources of supply, thus controlling its manufacture and pricing. Pessano also advocated pride in workmanship and in his workers.[3] 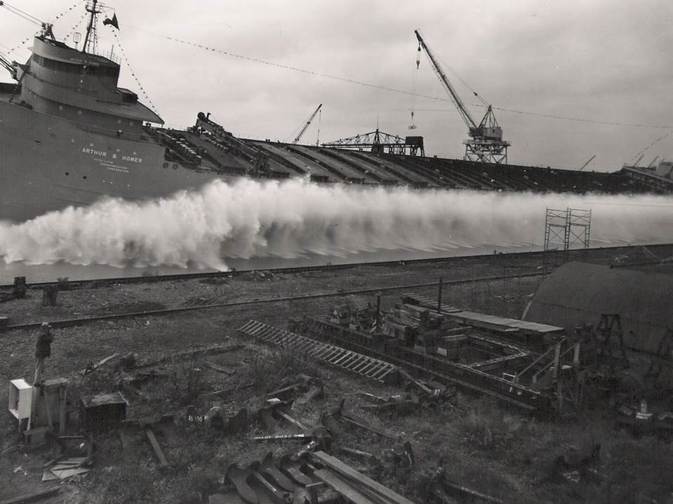