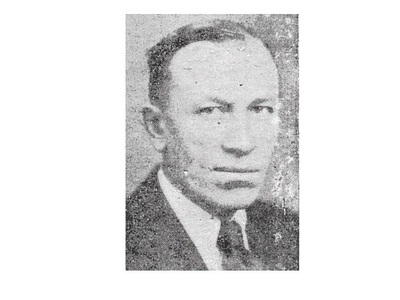 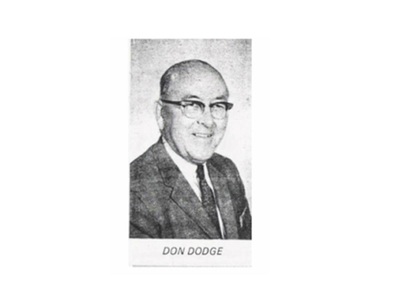 From 1923 to the 1940s, John Bauer taught higher mathematics, physics and chemistry in Ecorse High School when it was still located on High Street and Labadie and went only to the eighth grade.

Born in Saginaw, Michigan, John spent a large part of his youth in the upper peninsula of Michigan. Then he decided he wanted a career in higher education and lacking the necessary credits, he went to the Ferris Institute in Big Rapids. There he met Woodbridge N. Ferris, who later would become governor of Michigan and a United States senator. John developed much of his teaching philosophy from studying with Mr. Ferris who was recognized as one of the country’s greatest educators.

John started as a teacher in the Stephenson township schools in Menominee County and taught there for three years. Then he taught at Nedau, McMillan, and served as school superintendent at Vanderbilt. As he taught, he continuously added to his education, earning a life certificate from Michigan State Normal College and a B.S. in education from Detroit Teacher’s College, now a part of Wayne State University.

Being of a technical turn of mind, John also obtained a B.S. and E.M. degree in mining and metallurgy at the Michigan Institute of Technology at Houghton.

When America entered World War I, John joined the 329 Field Artillery early in the war and wore the uniform for 16 months. His outfit was part of the 85th Division and was overseas for nine months, taking part in some of the most desperate fighting of the entire American campaign. John served as second gunner.

In 1937, John continued to add to his education by working toward another degree at Wayne State University. He took special courses on historical collections at Greenfield Village in Dearborn, Michigan.

Don Dodge operated the Don A. Dodge Real Estate Company on West Jefferson and joined the Underill Associates in Ecorse in 1925. He was a member of the Ecorse Kiwanis Club and manager of the Ecorse branch of the Secretary of State’s office which he conducted along with the real estate business.

In 1918, he entered the Army in the tank division under Lt. Colonel Dwight Eisenhower.  He died in December 1969.