Ecorse History At A Glance 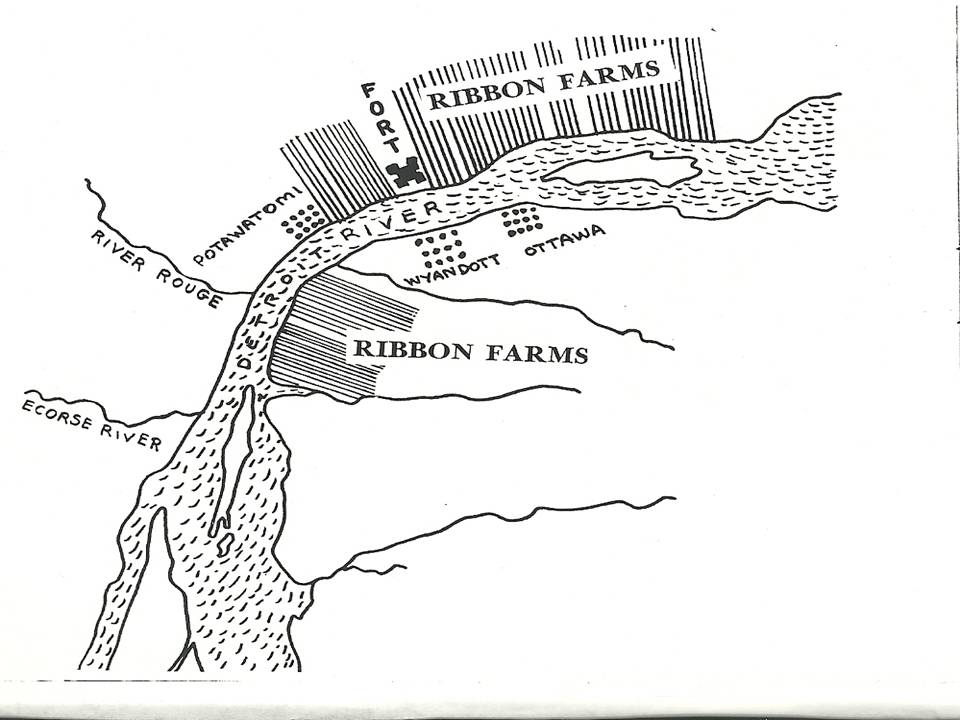 Tradition has it that the Labadie family arrived in the area.

Deeded to St. Cosme by Indians.

First Recorded White Settlements. Pierre Michael Campau is supposed to have been the first white settler, arriving in 1795.

The Township grew so quickly in seven years, that it became the village of Grandport. At that point it had 800 people, 152 homes and many businesses. It became the hub of the area and a center for French Catholics when St. Francis Xavier Church was established in 1845.

Campau and Ferguson, Grocers, SW corner of State and Monroe

G.R. Goodell Grocer, Across from Liggetts

Incorporated as a village

Grandport officially becomes Ecorse, even though it had been called Ecorse for generations.

One of the city landmarks of the early days was the Raupp sawmill, which was a popular gathering place for commerce and social events. Families intermarried and eventually there were nearly equal numbers of French and English settlers. The first recorded inter marriage was that of James Goodell and Angelique Salliotte. At that time all such records were kept at the parish of St. Anne in Detroit. Ecorse had only a small mission where Father Gabriel Richard preached once a month and which became the nucleus of the present St. Francis Xavier parish. A visit to the old St. Francis cemetery on Third Street is like a trip through history with old names and dates on every headstone.

The United States Congressional Ordinance established the Northwest Territory and set forth procedures for land measure and recognizing the old French land grants. By 1827, the scattering of settlers had developed into a small community the the Territorial Legislature created the Township of Ecorse, consisting of 54 square miles, running from the Detroit River to what is now Pelham Road, as well as two small islands in the Detroit River itself. The first township meeting was held in the home of Daniel Goodell and John Cicotte was named supervisor with duties including protecting of  public health, spokesman for the township, and arbiter of all disputes.

In 1834 because of its rapid growth Ecorse township became the village of Grandport with the plot of the village laid out and recorded in 1836. It had 800 people, 152 homes, and 4 businesses. It was to become the hub of the neighboring sprawling farmlands and the site of a shipyard as well as Raupp’s Lumber Mill. St. Francis Xavier became a parish in 1845. It served the communities of Fort Wayne, River Rouge, Wyandotte, Oakwood and Delray.

The earliest school records aren’t available, but it is probable that more French than English was spoken in the first schools established. In most cases, the French culture and customs predominated even in homes where one partner was English or some other nationality.

Older Ecorse residents recall being told of a log school, near the shore of the river at the foot of what is now Labadie. Some also recall a small building on the corner of Jefferson and White that served as a school in the 1860s. Later classes were held in the band building and in the council chambers of the old city hall.

By 1873, the business directory listed 15 establishments and in 1903 the unincorporated village of Grandport became a general law village, the largest “vilalge” in the United States. It was also renamed Ecorse from the original French “Ecorces.” Its first president was A.M. Salliotte. At this time, Ecorse was a resort area and one of the early commuter suburbs.