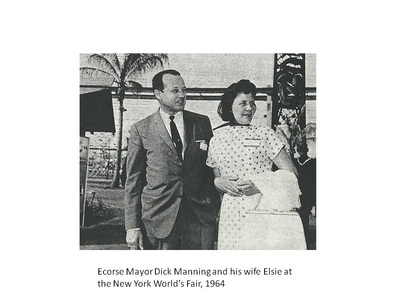 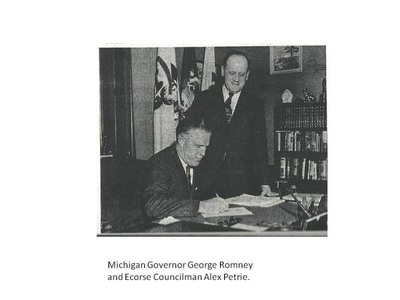 The second Operation Sugar Cube or V for Vaccination Day will take place Sunday, June 14, 1964. The polio vaccine will be fed in sugar cubes to 2 ½ million or more persons in Wayne, Oakland, and Macomb Counties.

The first dose of vaccine was administered to the 2/12 million in April. The second dose is essential for full protection against dread poliomyelitis.

Plans for the second feeding are going forward rapidly. Essentially, they are the same as those for the April feeding, with most of the feeding sites in schools throughout the three counties.

In Ecorse the vaccine will be available at all Ecorse schools and school personnel-teachers, principals, supervisory employees, maintenance employees-again will play a major role in the feeding.

A donation of 50 cents per dose is requested, but no one will be turned away for lack of funds.

Ecorse Councilman Louis Parker, who was released last week from Seaway Hospital, Trenton, plans to spend the next month at home convalescing. Councilman Parker, now on the road to recovery, was seriously ill for many weeks, following abdominal surgery.

The Ecorse Water Festival this year will be celebrated on July 4th and 5th. The schedule for the gala two day event is nearing completion. The committee for the annual affair has worked diligently to make sure this long-awaited Festival is one of the biggest and most exciting ever held in Ecorse.

The Festival this year will host the Central States Regatta on July 5. Invitations have been extended to 21 cities, among them the Chicago, Lincoln Park, Minneapolis, Detroit, Buffalo, New York; Washington D.C. and West Virginia.

Despite favorable weather, less than one third of the registered Ecorse voters turned out to cast ballots in the School Board election Monday.

Voting was the heaviest in precincts eleven through fourteen.

Prect. 6 Not used in School Board Elections

Jones, now completing his fourth year on the Board, is at the present time serving as president. At Ford Motor Company for 23 years, Jones has resided in Ecorse for the past 21 years. He and his wife live at 4160 15th Street and are the parents of three children, all graduates of Ecorse high School.

Nick Pappas, 43, his wife and three school aged children, reside at 56 La Blanc. Pappas, a veteran of World War II, is well known as head coach of the Ecorse Boat Club. Last year he served on the Ecorse Charter Commission.

Roy B. Salliotte Post 319, American Legion, held its election of officers on Wednesday, June 3 at the post hall.

Convention delegates who will attend the State Convention in Grand Rapids July 17 through 19 are James Lewis, Charles Miller, Gilbert Adams, and Charles Stein.

Commander Lewis appointed Charles Stein as adjutant for the year 1964-1965.

Marine Patrol to Include Area

The Marine Enforcement Division of Wayne County will be available to all cities, villages and townships of Wayne County. The Marine Enforcement Division consists of patrolmen who are specially trained and have attended various water patrol schools and received diplomas. They graduated with full honors in the use of diving equipment: in scuba and skin diving, in the handling of small crafts and first aid, as well as all types of underwater recovery work and life saving. They are instructed to enforce the laws pertaining to the waters of the state.

According to figures recently released by the Downriver Chamber of Commerce, business and industry in River Rouge accounted for 96.5 percent of the city’s taxes. The figures released for the city of Ecorse was 86 percent.

Other figures are as follows:

Mr. DeWallot will lie in state at the Edward Girrbach Sons Funeral Home Thursday, June 11, between the hours of 3:00 and 8:00 p.m.

Funeral services will be held from the Scobee Funeral Home in Boynton Beach, Florida.

In addition to his wife, Ruth, the deceased is survived by one son, Donald.