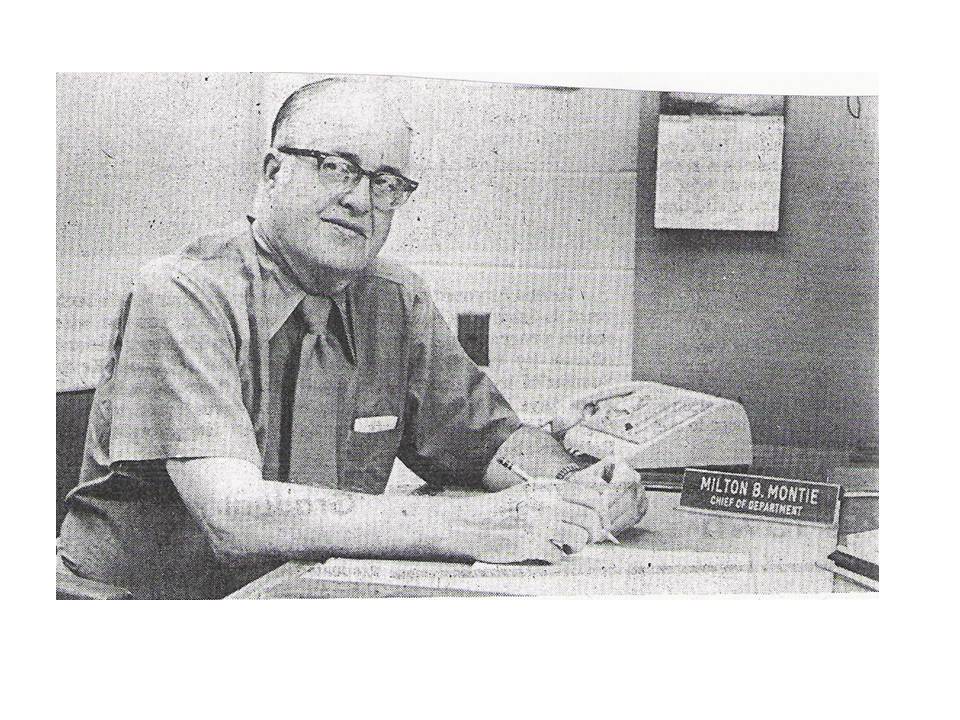 Milton B. Montie, age 59 turning 60, retired as Ecorse Fire Chief in July 1977, after years of dedicated service to Ecorse and the Ecorse Fire Department. He carried on a tradition of service inherited from his father Benjamin who was killed in a shoot out at Robbers Roost, a 1920s gang hideout on the Detroit River at Southfield Road when Milton was just six years old. At that time in Ecorse history, employees of the Fire Department had the dual role of fighting fires and criminals and Benjamin Montie and Chief Al Jaeger were capturing the bank robbers when one of them shot Benjamin before Chief Jaeger could shoot him.

Chief Montie had a long history with the Ecorse Fire Department. On January 21, 1942, he was appointed to work as a pipeman. His was the last appointment made by the Village of Ecorse, because at midnight that day, Ecorse became the City of Ecorse. He felt that he was destined to become a firefighter. "This was the only line of work I'd ever considered. I've been around it all my life," he said.