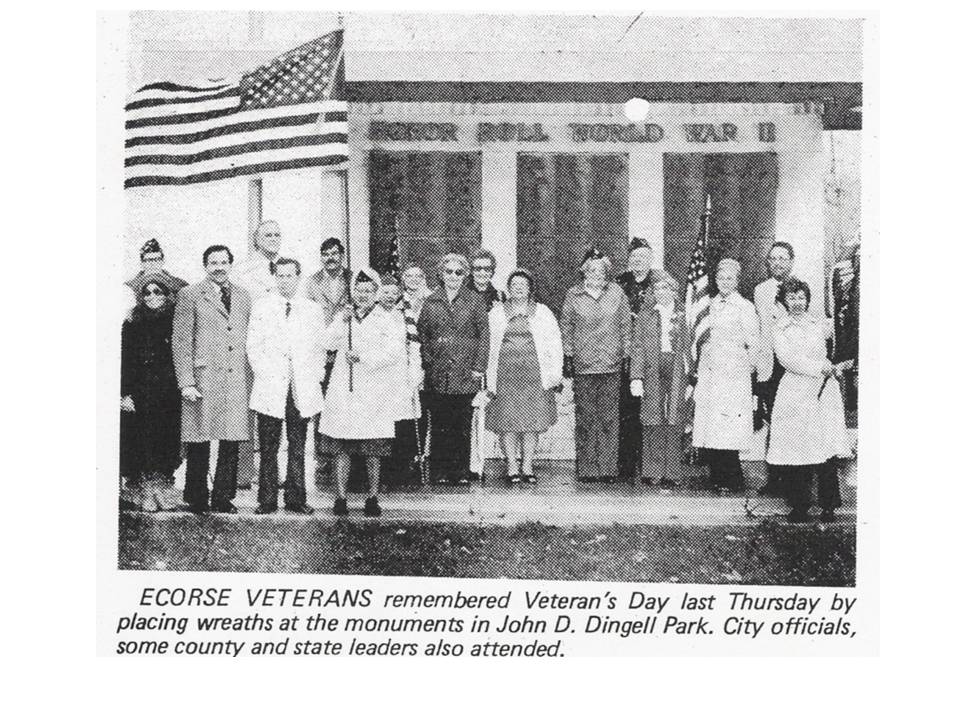 Giles a. Reeve, state commander of the American Legion, will be honored Saturday night at a testimonial dinner and dance, jointly sponsored by Great Lakes Steel Post 272 and its auxiliary unit. The affair will be held in the post home at 3914 West Jefferson, Ecorse.

Reservations have been completely sold out to the Legionnaires and their wives who are coming to the affair from all sections of Michigan to pay tribute to Reeve.

An outstanding program which includes a reception at 5 p.m. followed by dinner and dancing has been planned by the committee. Entertainment at the dinner will be furnished by one of Detroit's TV personalities.

Reeve, since his election July 21 to the state's highest legion office is proving to be one of the most progressive and popular state commanders in the history of the department.

Born and raised in Ecorse, Reeve has held every office in Post 272, from commander to sergeant-at-arms, and all elective offices in the Legion's sixteenth district.

A member of the Great Lakes Steel Post since 1946, he was elected post commander in 1950 and again in 1951, after having served as junior vice-commander and adjutant. Reeve also served as treasurer and secretary of the post's memorial home association for five years and has held the office of president and secretary of the Great Lakes Steel Post Drum and Bugle Corps.

Reeve has been a member of the 10-20-30 Club since 1947, and also has served as district alternate committeeman and district committeeman.

Police Chief Charles W. Miller and two others were honored this week with life memberships in the American Legion.

Others so honored were Elmer Korn, Ecorse veteran's counselor and Richard Toutont.

In recognition of their valuable services to the Legion, each of the three received gold-plated membership certificates.

The presentations were made September 23 by officers of the Roy B. Salliotte Post.

The Roy B. Salliotte Post No. 319, American Legion, celebrated the 34th birthday of the founding of the American Legion by having a lavish dinner and program in their club rooms on White Street Sunday afternoon March 8.

The 21st birthday of the Post which was chartered in 1933 was also observed.

Civic and fraternal leaders from various sections of Michigan will gather at the Roy B. Salliotte Post 319, American Legion club rooms Saturday night as the Ecorse group celebrates its silver anniversary birthday dinner.

Elmer Korn, a former commander of the Ecorse Post will serve as toastmaster, according to Leo avarre, another past commander who is general chairman of the birthday dinner.

Twenty year cards will be presented to peter Betz and Mihajlo Bogdanovich, while Cesare Maddaleng, Stephen Olchair and John Vincinti will be honored for 15 years of active membership.

A testimonial dinner honoring Leo Navarre and Mrs. Ann Miller, first zone vice-commander and first zone vice president of the Department of Michigan was given Saturday by the Roy B. Salliotte Post 319 and auxiliary, American Legion at the Great Lakes Steel hall.

Mrs. Miller is the first woman from the Roy B. Salliotte Auxiliary to attain the first zone vice presidency. Navarre is the second member of the post to be elected as department vice commander. He was preceded by Charles Miller in 1946.

For the first time in Michigan American Legion annals the combination of the first zone vice commander and vice president come from one post.

Mrs. Miller and Navarre have been active members of the American Legion for 23 years. They both received life membership cards in 1953. Mrs. Miller was presented with a meritorious certificate in 1955 for her work in the rehabilitation section at Veteran's Hospital.

Navarre is employed by the Marine Corps League as state service officer.

Lawrence C. Knox, past department commander and Wayne Police Chief, was guest speaker. He commended Navarre and Mrs. Miller for their services to the American legion Post and auxiliary. Prominent department, district, post, and unit officials were present at the dinner. Family members of the honored guests also attended the dinner.