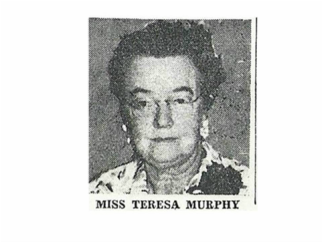 Ecorse was a village and teenage students were acquiring their high school educations in what is now School One when Miss Teresa Murphy was hired in 1923 by the Ecorse Public School system as a classroom teacher.

Shortly afterwards she became Ecorse’s first public school nurse, and eventually as school enrollments grew, relinquished her teaching duties and served solely as school nurse until her retirement on June 30, 1955.

Thousands of young people who benefitted from her experience and training during her 32 years as a school nurse remember Miss Murphy as a counselor, consultant and friend.

Known throughout the Downriver area for her interest and participation in all phases of social service work, Miss Murphy was instrumental in the organization of the Downriver Council of Social Agencies, the dental clinic that served so many Ecorse children and a variety of health and social service clinics.

In cooperation with city, county, and state departments of health, she rendered outstanding service to multitudes of needy persons in Ecorse.

When she announced her intention to sever her connection with Ecorse Public Schools, she received many offers to continue her nursing services. Miss Murphy on July 11 elected to join, temporarily, the staff at Mt. Carmel Mercy Hospital in Detroit.

Last rites were held this morning for Miss Teresa Murphy, school nurse in Ecorse for 32 years until her retirement in 1956, died Monday in Central Michigan Community Hospital in Mt. Pleasant, after a ten day illness.

Miss Murphy began her association with the Ecorse school systems as a classroom teacher in 1923 and a year later was appointed as the city’s first public school nurse. While serving in that capacity, her experience and training benefitted thousands of young people.

Known throughout the Downriver area for her interest and participation in all phases of social service work, Miss Murphy was instrumental in the Downriver Council of Social Agencies, the city’s first dental and baby clinic, and a variety of health and social service clinics.

She was active in Red Cross work, the Ecorse Goodfellows, the Cancer Society and the Michigan Society for Crippled Children.

Miss Murphy taught school five years in Cadillac, and was the instructress of nursing at the Mercy Hospitals in Louisville, Kentucky and Chicago before coming to Ecorse. She was a member of the Michigan Education Association, national and state nurses associations, American Association of University Women, Ecorse Woman’s Club, Sacred Heart Altar Society, Daughters of Isabella, and the First Saturday Club of Detroit.

After 22 years of service as a public health department nurse in Ecorse and Ecorse Township, Buelah Hill Williams retired in November 1959. She closed a unique career of public service that included assisting at many hundreds of births and acting as a midwife for many Ecorse births when a doctor wasn’t available.

Mrs. Hill as she was usually called, became a public health department nurse of Ecorse Township in 1938, back I the days when Ecorse was a village and part of the township. After she had worked for the township for four years, Ecorse decided to seek city status and Mrs. Hill transferred to the City Health Department.

She recalled the early days of her service when most of the west side streets in Ecorse were unpaved and often when she made night trips to homes she had to locate them by the light of a lantern. She assisted the late Dr. Lawrence Van Becclaire, health officer, in delivering many babies who grew up to take prominent places in Ecorse public life.

“You know my work in connection with the well baby clinic during the last few years. Mothers who have brought children to the clinic have frequently told me that this is the second generation I have served. I have assisted at the births of the others and sometimes the fathers,” she said.

Mrs. Hill was born in Atlanta, Georgia, and received her early education there. After going through public schools, she moved to Washington D.C. to take her nurses’ training at Freedman’s Hospital.

About a dozen of Mrs. Hill’s friends and associates gave her a farewell luncheon at the health department offices on the second floor of the Ecorse Municipal Garage building. After she rests for a few months, Mrs. Hill is considering traveling to the Far East. Her nephew is an army officer on special duty in Taiwan. 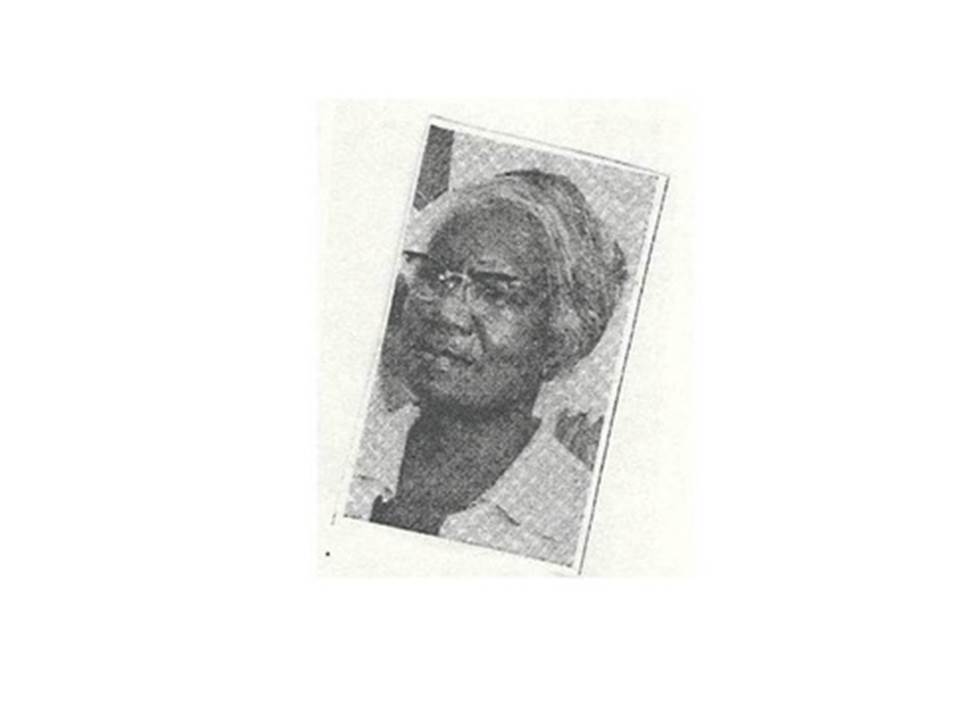