Ecorse Way Back When 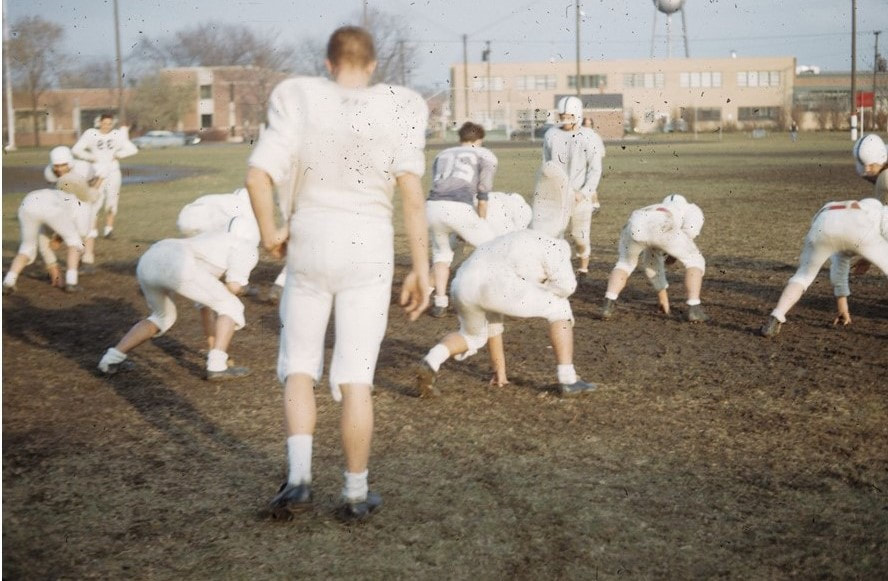 Catholic Schools Changing Roles
When schools open next week, many schools I the Catholic Archdiocese of Detroit will be a part of the changing role.
St. Francis Xavier School in Ecorse…once a full-fledged school from first grade through high school, closed out all classes two years ago. The parish, however, has rented the entire school facilities on Outer Drive near West Jefferson to the Wayne County Intermediate School District for use of the Downriver Regional Retarded Children’s Program from 8 a.m. to 4:30 pm. daily. When the building is not in public use the facilities will continue to be used for adult education and other parish uses.
(Ecorse Advertiser, Wednesday, September 1, 1971)
Gary L. Cooper, 3948 Tenth Street, in Ecorse remembered very well in June 1959 when Mrs. Eleanor Roosevelt spoke at the Ecorse Community center. “I was 10 years old at the time. I can remember the greatness and the dignified manner in which she spoke. As she came out of the Center, I got lose enough to see this great woman. As she passed by with an armful of red roses, she smiled at me and I did likewise.”

Mrs. Nagy, 4406 Second Street in Ecorse wrote:  “I don’t remember dates or the years when it was, but I lived in Ecorse for 54 years. These are things I remember. Ecorse’s Southfield Road was State Street. We had Bob-lo boats dock up on Jefferson riverfront and a moonlight boat used to go to Sugar Island. We used to have tracks like on Salliotte until they built our viaduct on Southfield. We also had horse and wagons to pick up garbage and rubbish.
Our library was located in the block where the Silver Rail Bar is. Our small Ecorse show was on Jefferson too. On Second Street, off Southfield, kids used to play ball and have fun. Carnivals used to come where there are factories today.
On Third Street there used to be a cement block shop.
The horses on the riverfront were like boat houses.
(The Herald Advertiser Newspapers, Wednesday, September 22, 1971.)

Yester Year Displayed were Lincoln and Mercury cars, “New spring suspension also brings a new degree of smoothness in riding to the 110 horsepower, V-8 engine, in the Mercury, the ads said. Used cars were being sold in Ecorse for $95 to $400 on “all makes and models.” (Ecorse Advertiser, Wednesday, May 30, 1973)


Yester Year
In January 1939, people in and around Ecorse and River Rouge were talking about these events. In 1939, the founders held a reunion, and only six were still bachelors. Tommy Drouillard, a member of the Ecorse Police Department then, and his wife served about 90 muskrats to the guests in Tommy’s basement recreation room on Monroe Street. Other than the advertisements, newspapers that day offered less than idyllic reading. Depression news dominated the front pages and labor and business unrest. The sports pages reported the Detroit Tigers in fifth place in the American League behind the Washington Senators who went on to win the pennant and lose the World Series to the New York Giants.
(Ecorse Advertiser, Wednesday, August 22, 1973)