Ecorse Along the Detroit River
Simon Rousseau, A. Labadie, L. Bourassa and P. LeBlanc made the first plot of a small hamlet, only four blocks long, which stood where present day Southfield and Jefferson Avenue meet. They named the small fishing and farming center Grand Port, and for many years it was the only settlement between Detroit and Monroe. An 1820 map in the Burton Historical Museum in Detroit reveals that Grand Port streets were named after Revolutionary War heroes. Streets were named for Jefferson, Monroe, Webster and Jackson and also after such French settlers as St. Cosme, Labadie and LeBlanc. The village of Grand Port grew to 800 people, 152 homes and four businesses. It became the hub of the neighboring sprawling farmlands and the site of a shipyard as well as Raupp's Lumber Mill.

People began to call the village of Grand Port Ecorse, even though a map drawn about 1830 still shows the village of Grand Port Streets existing in their original location are High, Labadie, Bourassa and White. What when then State Street is now Southfield Road and Lafforter Street has been renamed LeBlanc. Grand Port was the center of Ecorse Township, but was never incorporated. Eventually the name fell into disuse and most of the oldsters called their community Ecorse.

The Raupp sawmill was a popular gathering place for commerce and social events and eventually other businesses sprang up beside the sawmill.


By 1873 the Ecorse business directory listed 15 establishments in Ecorse.

The 1920s and 1930s were important years for industrial growth in Ecorse. George Fink established the Michigan Steel Corporation on Mill Street and expanded it into Great Lakes Steel Corporation. By the 1950s, Great Lakes Steel would employ thousands of workers in the Downriver area. Great Lakes Engineering and Nicholson Terminal Dock Company expanded an already well established maritime tradition in Ecorse by building and repairing ore carriers and ships for government service in World War I and World War II. Industry gained a strong foothold in Ecorse and caused it to grow enough to become a city in 1941.

Michigan Steel was located on Mill Street between the railroad tracks and SEventh Street. George Fink, a former salesman for the West Penn Street Company in Tarenton, Pa., and several friends formed the Michigan Steel Corporation and it was granted a charter in 1922.

The original plant consisted of eight single stand mills with six to be supplemented with soft mills. A machine shop, electric shop, carpenter shop, grease house and general labor building completed the complex. Production began on July 5, 1923, and the mill showed profit from the beginning because a constant demand for quality steel kept the plant in full operation. Its success led to the idea and implementation of Great Lakes Steel Corporation in 1929 and the 1931 acquisition of Hanna Furnace blast furnace operations at Zug Island.

During World War II, Great Lakes Steel became one of the nation's largest producers of armor plate with the Michigan Steel Plant playing a major role in the final processing of the plates prior to shipment. Michigan Steel also produced other war time materials such as 40 foot Naval Quonset huts, nose hangers, barracks, steel for powder magazines, camouflage frames for gun mounts and arch ribs for Naval warehouse buildings.

By the 1970s, production at Michigan Steel had been limited to heat treatment processing of steel plates, although there were several other vital and ultra modern company departments located within the plant boundaries. A small staff of security and general labor employees, the hourly and salaries payroll departments, management services and primary accounting and computer operations departments also occupied the buildings.

By the turn of the 21st century, Michigan Steel had ceased its operations and the buildings are being demolished so that a condominium complex can be built where workers once labored to produce steel that helped win World War II.

Some of the industries in Ecorse during the 1920s and 1930s included: 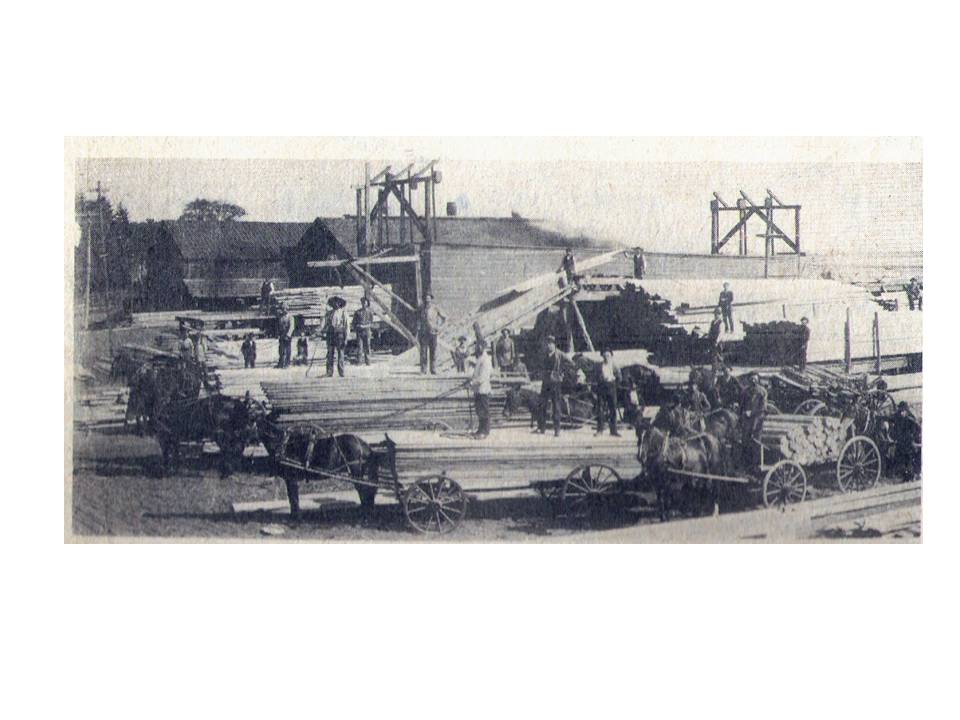