Downriver Dancing Under the Trees 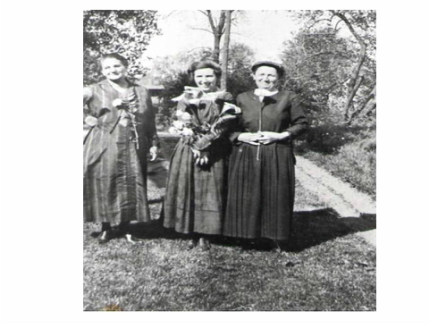 Rough and tumble pioneer dances called Bowery Dances grew up along with tiny Downriver villages like Ecorse, River Rouge and Trenton during the Nineteenth and early Twentieth Centuries.

The Bowery Dances were held in four or five places along the Detroit River front at Rouge village, Emmon’s Grove and at Quantz’s Road house on the Pepper Road.  People came from all along the river as far away as Toledo to attend these dances under the trees.

Torches flamed high, rude dances grew wilder, and old fashioned fiddle music joined the shouts and laughter of the hunters and farmers who had gathered when news spread about a dance at one or the other of the various groves along the river front. Hard drinking and hard fighting usually punctuated the dance before the evening ended, because those were the days when a man’s  skill at fighting made him a man and excited words usually led to blows.

White people and Indians danced together in the pioneer version of the Bowery Dances. Elijah J. Goodell of Ecorse, born and bred in the old village, remembered when the white people and Indians used to dance together in the grove beside his father’s house. According to Elijah, when he was a boy people who lived in the neighborhood for the most part were hunters and trappers and the first farmers were still busy clearing the heavily timbered land.

In those early days of Bowery dancing there were no advertisements or invitations. Someone would just look at the fine morning and decide to go up to Goodells or Rosseaus or Labadies and gathered together a dance. They would mount their ponies or get into a boat and paddle up the river to the next farm house, dragging the family along. From one farm house to another they would travel until a huge crowd had gathered. In those days everyone wore moccasins like the Indians and the women wore calico dresses and the men homespun hunting shirts and individualized hats.

Everyone danced on the level grass with boughs cut and thatched above them for shade in the afternoon and protection from the damp and dews at night. Eventually in the more popular groves, men collected huge rails and made a floor of them and everyone danced on the rough wood floor. Still later, when saw mills dotted the creek banks, men built board platforms for dancing and later yet, they built outdoor pavilions for dancing.

Elijah Goodell recalled that everyone joined the dancing, old fashioned square dancing, Virginia reels and country dances, and the Indians used to come over from Amherstburg and from their camps all up and down the Detroit River. When they had money to help pay the fiddler they joined in the dances and when they did not have money they stood aside and looked on, too proud to take part in the dance if they could not contribute something to the expenses. White men danced with the Indian women the same as with white women and Elijah remembered his mother teasing his father about ‘that tall and handsome squaw’ he danced with at one of the Bowery Dances.

According to Elijah, he saw the belle of the Bowery Dances, Kitty Coque, the daughter of a Native American chief who lived at Amherstburg, ride past his house on horseback. Kitty Coque was the prettiest, wealthiest, and most skillful dancer along the Detroit River. He saw her riding along with her beautifully beaded leggings and blue broadcloth blouse, fringed and beaded. “Yes, indeed, when she rode through Ecorse, every man along the river road would come out and speak with her and she was a bright talker too, and could give them as good banter as they sent,” said Elijah. He said that Kitty married a chief in Amherstburg and sent her daughters to St. Louis to school, afterwards moving to St. Louis to live with them.

After the pioneer period of clearing land and settling farms, and the village period when Ecorse served as a trading place for farmers, industry moved in along the Detroit River. Villages along the river were rapidly transformed from farm villages to manufacturing suburbs and the street railway was extended to Wyandotte and Trenton. As the villages grew more sophisticated, so did the transportation to the dances. The farmer boys brought in their rosy cheeked country girls from ten miles around in little two wheeled carts or gigs or sulkies to dance all night. After a night of dancing and drinking they rode home in the early morning.

People flocked to Emmon’s grove, a beautiful strip of pine woods just outside of Ecorse, in the early days of the Bowery Dance. As the country became more settled people converted groves into picnic grounds. Eventually every road house had its orchard and dancing pavilion connected with the grounds that encouraged the Bowery Dancing and the sale of beer. When sawmills and other manufacturers settled along the river, the farmer boys went to work in factories, laborers came in from the city, and the population grew. Many people came down from the city to the dances and transformed them from rustic to road houses and dance halls out-of-doors.

Following the old River Road, now Jefferson Avenue, across the River Rouge, the first roadhouse that appeared belonged to John Halfner. A large orchard adjoined a saloon building and in the orchard stood many green latticed arbors and a large dancing pavilion. The entrance was t the left of the building and a flickering torch lit the way across the path in the direction of the pavilion. Sometimes the head of the road house himself gave the balls and other times social organizations or church societies sponsored the balls.

One night in August 1898 the Maccabees gave an open air ball on a ball night for a ball. It had rained heavily that afternoon, and little pools of water covered the ground and the trees dripped rain when breezes shook them. But the dancers came and huddled in a group around the edge of the pavilion, gossiping and chatting. Lines of dancers advanced, curtsied and swung to the music that the village shoemaker and his sons played on a pair of violins, a flute and a cornet. Under the dripping trees in the flickering shadows, young men and women flushed with dancing wandered arm and arm, while others sat on the benches under arching tree branches.

On the same Saturday night another dance took place at Charles Labadie’s at Sand Hill, run by Felix Cicotte, and held for the benefit of the Sand Hill Baseball Club. The ball took place in the little pavilion of Labadie’s orchard and the native French of Ecorse village, people from neighboring farms, and factory men and women from Wyandotte came to dance. Occasionally groups of young men ride their bicycles to the dances at Labadies and those at nearby Emmon’s Grove. Sometimes the young men on bicycles discover that the night is too dark to ride home along the narrow bicycle paths so they seeks shelter in neighboring barns. More than once an early rising farmer has found his backyard filled with an assortment of bicycles. As soon as they are discovered, the bicyclists hastily mounted their vehicles and rode toward the city in the sunrise glow.

The girls at the Sand Hill Base Ball Club benefit wrote white summer gowns and some of the men wore little tight caps and loose woolen shirts. The musicians wore shirts with rolled up sleeves. Most men wore their hats cocked on the back of their heads, and accented the effect by clamping a cigar stub tightly in the corner of their mouth. Other dancers smoked their pipes as they danced.

The beer stand stood in one corner of the grove and a line of thirsty men usually surrounded it. A shadowed pavilion stood down in the orchard and there young men and women sat in view of the rest of the grounds, hugging each other. A large crowd of children romped on the grounds. One little woman in black with a plain gold band on her hand brought five little children to the ball. The older children took turns rocking the baby in the carriage, and the little widow distributed her smiles and recaptured her youth among the young men standing around the edge of the pavilion.

She is the spirit of the Bowery Dances.