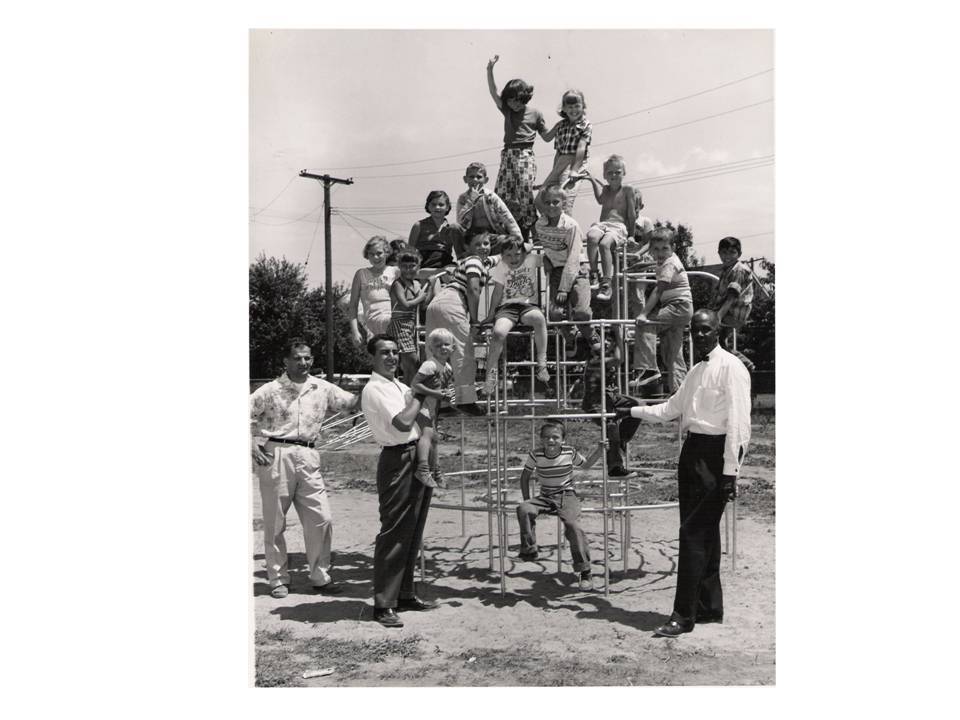 On July 31, 1958, a new playfield for Ecorse children became the newest addition to the city’s recreational facilities last week when it was officially opened by Mayor Eli Ciungan, Councilman Peter Johnson, and John Ghindia, recreation department director. The photo is by John Duguay.

Located on Pepper Road at Tenth Street, the playground is one of the best equipped recreation centers in the Downriver area. Miniature glider swings, hobby horses, climbers, monkey bars, whirls, baby swings, merry-go-rounds and Jack and Jull slides have been installed to provide a variety of amusement for the children.

The new playground provides for the recreational needs of children living in the area, which in is some distance from other playfields in the city.

“The opening of the playground marks another step forward in the administration’s program for improvement and expansion of city facilities,” Mayor Ciungan said.