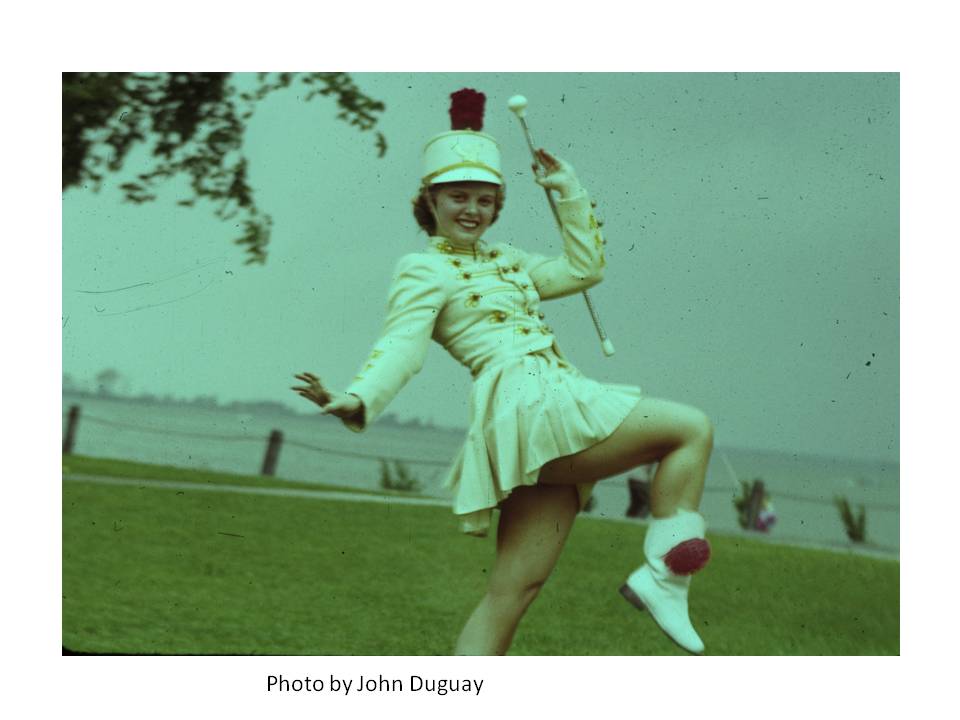 Ecorse residents were busy with a variety of activities in February 1957.

Eddie Pietrangelo, sparkplug of the class of 1956 at Ecorse High School, is continuing to make his mark in the realm of higher education.

Although only a second semester freshman at the University of Michigan, Eddie is a disc jockey with two shows, one of them sponsored, broadcasting over WCBM, the Ann Arbor radito station.

During high school, Eddie whose extracurricular activities were legion, was held in high esteem by his classmates, who elected him class president   in his junior and senior years. He also was chosen by fellow members to head the student council, which had, under Eddie’s energetic, imaginative leadership, one of its most successful years.

His other activities included memberships in the National Honor Society, Broadcasters Club, band and choir, Spanish Club and photography group.

Eddie is the son of Mr. and Mrs. Cesidio Pietrangelo of 4312 Seventh. He’s majoring in music education at U. of M., where he is also a member of the famed Marching Band.

Seven weeks of grueling rehearsals will be climaxed on February 28, 1957 when 19 Ecorse High School thespians trod the boards in a three act play, “Curtain Going Up.”

A fast moving comedy-mystery thriller, the play will be presented in the high school auditorium. Curtain time is 8:30 p.m.

The play is being staged under the supervision of Miss Helen Garlington, Ecorse High School music teacher.

The people of Ecorse are urged to attend the play. Tickets will be on sale at the box office until curtain time and may be purchased for 50 cents, 75 cents, and one dollar.

Good news on the gourmet front is the announcement of an Aquaba – muskrat- supper to be held beginning at 4 p.m. on Friday, March 8, at the St. Francis Xavier School auditorium, Outer Drive at West Jefferson, Ecorse.

Sponsored by the St. Anne Rosary Altar Society, the supper will provide an “eat treat” for muskrat supper fans who have little opportunity to enjoy the delicacy as prepared y Gene Maurice. A renowned French style chef, Maurice prepares the muskrat from a jealously guarded French-Indian recipe handed down through the family for several generations.

The muskrat considered an epicurean delicacy when correctly prepared, is one of the cleanest of all animals, living on roots, herbs, and marsh grasses.

Many local residents, Catholics included, are not aware of the reason they may eat muskrat on Fridays, since it obviously is not fish.

In fact, this is the only region where muskrat is permitted to be served on Friday by the Catholic Church. A papal decree made this permissible back in the early 1700s, when during a famine, the early French settlers were hard pressed to obtain food. They appealed to the Pope, who granted a special dispensation for the people from Port Huron to Toledo along the waterway, and in certain parts of Canada. This right has never been revoked.

Anyone who would prefer fish instead of muskrat may have it if they order it when purchasing tickets a few days in advance of the supper.

Tickets may be purchased from members and at the door. Reservations may be made by calling Mrs. Lambrix, DU-1-3118.

A Father and Son Banquet sponsored by the Ecorse Presbyterian Church will be held Thursday, February 28, 1957 at 6:30 p.m. at the Leonard Duckett Center. The dinner will be served by the members of the Woman’s Bible Class.

The program for the evening will feature magic tricks and a Punch and Judy puppet show by Harold Ramm.

Three Ecorse Girl Scout leaders will be presented with three year pins on February 28, 1957, during a recognition dinner at the First Presbyterian Church in Wyandotte.

No Nuthin’ on Levy’s Truck

Ecorse police officers Larry Bedo and John Jacobs had a difficult time deciding what charge to lodge against a man they arrested Monday, February 25, 1957. It wasn’t that they didn’t have a specific charge; it was a case of having too many.

The officers stopped Levy Lewis for questioning and learned that:

Lewis had no permanent address, no chauffeur’s license, and no truck registration.

The truck had license plates, but they were obscured. A further check showed that the truck had no tail lights. No turned indicators (required on trucks). No brakes, no lights, no horn.

Lewis was picking up junk from Ecorse alleys without a license, so the officers charged him with violation of a city ordinance which prohibits junking with a license. Judge Alexander Barbour ordered Lewis to pay a $15 fine.

The request represents an increase of nearly $100,000 over current appropriations with no allowances for pay raises. A police department request for $289,000 to be set aside for a new police station is not included in the peak figure.

The task of paring the requests into a semblance of last year’s $2,189,000 budget began February 22 at the opening budget session. City officials have only a month to get the proposed budget into shape before April 1, when it must be adopted.

A $300,000 appropriation for debt service is a required budget item.