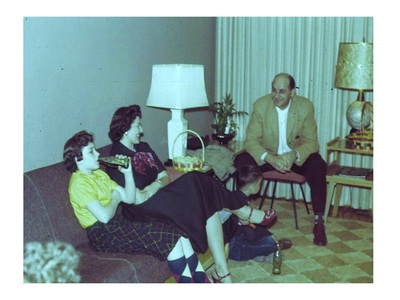 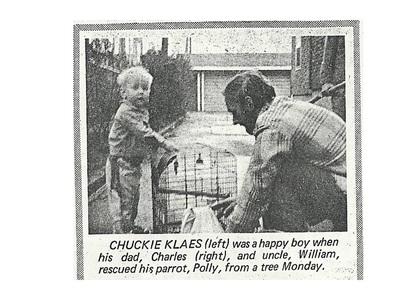 May 1975 was a busy month in Ecorse and the Ecorse Advertiser of Wednesday, May 14, 1975 printed a glimpse into the activities around Ecorse.

Ecorse will observe Memorial Day on Sunday, May 18, 1975, a week ahead of the   regular observance date, with a gigantic parade by veterans organizations from throughout the Downriver area. The parade will begin at 1 p.m. and will proceed down West Jefferson from Tecumseh to Riverside Park, Southfield and West Jefferson, where a reviewing stand will be placed.

Host sponsor of this year’s parade is Ecorse’s Roy B. Salliotte American Legion Post 319. Grand Marshall will be Jerome Hammill, Post 9 commander. Grand Marshall Aide will be Bernard Broughton, past commander of the Salliotte post.

Giles Reeve, a former Ecorse councilman, and now head of the American Legion Children’s Home at Otter Lake will be parade narrator.

Prior to the parade, veterans organizations will conduct memorial water services at the foot of Southfield, beginning at 9:45 a.m.

The Peter Reeves Woman’s Relief Corps 270 will conduct services for the Army and Navy persons, and then services will be conducted by Roy B. Salliotte Unit 319 American legion and V.F.W. Auxilliary 5709 Great Lakes Steel American Legion Unit 272. The honor color guard will be the American Legion Post 409 of Allen Park. The firing squad will be composed of representatives of the Ecorse Veterans Organizations. The buglers will be students of Ecorse High School band under the direction of Musical Director Alexander Campbell.

Following the parade, a program will be conducted at the reviewing stand in Riverside Park.

Participating will be the Ecorse High School band who will open the program with the "Star Spangled Banner." The Reverend Joseph Barlow, Jr., pastor of Mt. Zion Missionary Baptist Church, Ecorse, will present the invocation. Ecorse Mayor Charles G. Coman will give an address of welcome and Congressman John D. Dingell will give the Memorial Day address.

With Monday, May 12, 1975, as the deadline, prospective candidates filed their nomination petitions for positions on the school boards in Ecorse and River Rouge. The annual elections will be held June 9 in the two communities.

Candidates have until 4 p.m. Thursday to file their petitions with the Board of elections.

Dr. Richard A. Huston was appointed to the superintendency of the Ecorse Public Schools by the Ecorse Board of Education. His appointment is effective July 1, 1975.

Dr. Huston has distinguished himself both as an educators and administrator at the elementary, secondary, and college levels in the development and innovation of strong educational programs. His solid academic background and many and varied experiences in educational cause many in Ecorse to feel very fortunate in securing Dr. Huston as the next Superintendent of the school system, one who is motivated by the desire to help young people receive quality education.

A retirement dinner party will be given for James W. Johnson, superintendent of the Ecorse Public Schools, May 29 at 6:30 p.m. at the Sir George’s Steak House, 1006 South Telegraph, Taylor.

Plans for the dinner party were announced by Russell J. Blades and Lucy Chimney who are both assistant to the Superintendent. There will be a cocktail hour preceding the dinner will be served at 7:30 p.m.

The dinner party will be open to the public and reservations may be made by calling the Ecorse Public Schools, DU 2-86000, on or before Macy 23. The donation is $10.00 which will entitle one to all of the activities of the evening with the exception of the cocktail hour which will be cash at the bar.

James w. Johnson will retire after 22 years of service in the Ecorse Public Schools.

The theme is the calendar. Each of the 12 months is represented by a precision swimming number. Various “dolphins” will be featured this year. The soloist is Candi Neal. Cheryl Copeland and Linda Plopan competed in a duet. They will swim to “Space Oddity.” There will be two trios, the first will be done by Jeanne Campbell, Kathie Flemming, and Stephanie Kupovits. The second will feature Annette Ball, Candi Neal, and Lynn Sanflippo.

Helen Garlington and the student technicians are doing the lighting. There will be two spotlights instead of the traditional one. The scenery was done by Synchronettes.

Vice-president is Annette Ball, secretary-treasurer is Lynn Sanflippo and teacher-sponsor is Claudette Smith.

During the school year, 1975-1976, Ecorse High School will be evaluated for North Central Accreditation. In order to gain this approval, the administration and the high school staff must go through a lengthy and thorough written evaluation of all phases of the secondary school program.

Several high school students and several community citizens will be asked to participate on a school and community committee, in addition to high school faculty members.

Jane Bielawski, and Suzanne Filliatrault, Ecorse High teachers, have been appointed chair person and co-chair person of the entire evaluation process, which is beginning this month and culminating in an onsite evaluation by a North Central Association visiting team of educators in March 1976.

On May 23, the high school staff will have a half day in service workshop to begin the evaluation process. Students will be dismissed at 11 a.m. and teachers will spend the afternoon in committee meetings.

Polly the Parrot is Back in Her Cage

Monday May 12, 1975, was a memorable day for Chuckie Klaes and his parrot. Chuckie had a miniature parrot, Polly, his favorite pet. A few days ago Polly escaped from her cage and spent the night flitting from tree to tree. All the while, Chuckie and his parents, Mary and Charles Klaes, were devising ways to get Polly back into her cage. The night wore on, and Polly stayed away from home.

In an attempt to get Polly back into the cage, Charles Klaes and his brother, Bill, tied Polly’s cage high into a nearby tree, in hopes that she would venture into the cage and the door could be lowered and the parrot could be returned to Chuckie.

Come early Monday morning, Polly was lounging around her cage. She’d get into the cage, but when she’d see the men approach, she’d walk out of the cage and sit on a nearby limb.

This routine continued from about 8:30 a.m. until almost 11:30 a.m. when Polly, apparently ready, walked into the cage, and didn’t budge while Charles and Bill reached up with long poles, covered the entrance, and lowered the cage to the ground.

Chuckie’s Polly was back in her cage and Chuckie was happy. His dad and Uncle were happy too, that it was all over.