Mayors From the Past 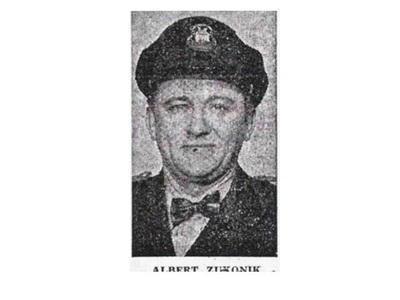 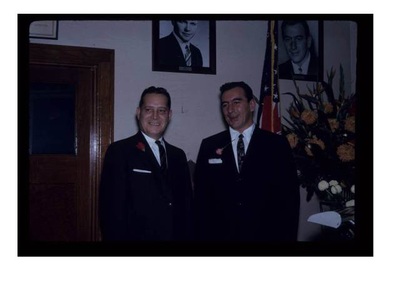 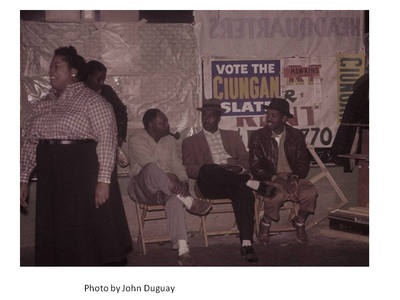 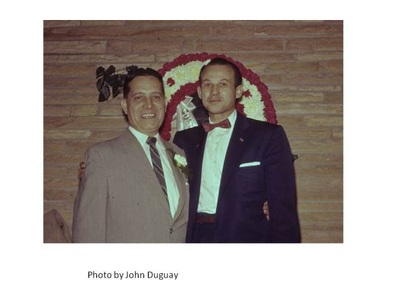 An Ecorse resident since 1934, Eli graduated from Ecorse High School in 1939 and received advanced schooling at Kiski Preparatory School in Pennsylvania and Tulane University in Louisiana.

Eli served in the Royal Canadian Air Force in 1941 and in the United States Air Force from 1942-1945. He received the Purple Heart for wounds he sustained when his plane was shot down near Bougainville in 1943.

Married with two sons and a daughter, he was a residential builder and co-manager of Ciungan’s Shrimp House in Ecorse.

Eli Ciungan’s accomplishments as mayor included eliminating dilapidated housing projects and replacing them with new homes, a major alley and street paving program that saved the city thousands of dollars in maintenance costs, installing a centralized switchboard system for fast, efficient Department of Public works Service, and constructing playgrounds and tot lots in all areas of Ecorse to provide a place for children to play.

Richard Manning was born in 1919 and attended Ecorse public schools. He studied naval engineering at the U.S. Naval Academy in Annapolis, Maryland, and graduated from Eastern Michigan University and the University Michigan, earning secondary and junior college teaching certification and a graduate school degree in engineering.

In 1944, Richard enlisted in the United States Navy and was assigned to ship for overseas duty. He was discharged in 1947.

The next five years of Richard Manning’s life were filled with educational and political activities. He was assistant city engineer of Ecorse and for the next sixteen years he was an associate professor of civil engineering at the Detroit Institute of Technology. In 1950, Governor G. Mennan Williams appointed him to be a member of the Detroit Metropolitan Area Regional Planning Commission and he served three consecutive terms.

Richard Manning was a Cub and Boy Scout committeeman and a committee member for the Ecorse Boys Club. He joined the American Institute of Chemical Engineers and the Detroit Economic Club, and the Ecorse Rotary Club. He was a member of the Roy B. Salliotte Post 319, the American Legion and the Pulaski Club.

Mayor Manning was married to Elsie and they had two children.

Albert Zukonik served as mayor of Ecorse from 1971-1973.  He was born in Pennsylvania on May 15, 1919 and died September 9, 1973 while completing his first term in office. He was a widower with one daughter and two sons.

An Ecorse resident since 1933,  Albert graduated from Ecorse High School in 1936. While in high school, he played football and baseball and after high school he played sandlot ball in Ecorse, He traveled with a semi-pro baseball team in Washington DC.

Before joining the Marines in 1939, Albert worked at Great Lakes Steel. In the Marines he earned the rank of platoon sergeant and provost marshal’s guard in Quantico, Virginia. During his six years in the Marines Albert Zukonik saw two years and four months service in the South Pacific. In 1942, while serving aboard the cruiser Erie, he swam two miles through shark infested waters when it sunk in the West Indies.  He became light heavy weight boxing champion for the Canal Zone Forces and he also played baseball while in the Marines. He later was head drill instructor for navy aviation cadets at the University of Georgia.

Albert Zukonik’s wife Shevawn was born in Ireland and came to the United States when she was five. She moved to Ecorse in 1943 after she married him. She died in 1972.

Joining the Ecorse Police Department in April 1947, Albert was promoted to sergeant in charge of the traffic department in 1954. A crack pistol shot, he also served as license examiner, weights and measures inspector and vice squad investigator.

In 1959, Albert Zukonic succeeded Alvin T. Royal as police chief. At the time of his appointment, Zukonik was described as a “rugged, deep voice prototype of a Marine platoon sergeant, which he was during his more than six years in the Marine Corps.”

In 1964, Albert retired early on a disability pension because of a back injury he suffered in a motorcycle accident, as well as hypertension and diabetes.

In 1969, Albert Zukonik ran for the Ecorse City Council and came in fourth out of twelve candidates. He served two years and then ran for mayor and defeated incumbent mayor Richard Manning.

In 1972, Mayor Zukonik survived a recall vote in which three of six city officials were removed from office. The recall campaign was launched by a citizens group after state auditors said Ecorse city officials improperly spent $178,000, including questionable expense claims for liquor and food.Of the eleven persons named by the auditors, only Mayor Zukonik and five other men were in office when the recall campaign was conducted.

At the time of his death, Mayor Zukonick had been planning to seek re-election in the November general election. In the August primary election he ran against four other candidates for the two nominations and far out distanced them. He won the top nomination at 1,939 votes. Mrs.  Leona Bourassa also won nomination with 1,066 votes.  After his death in September, Mayor Zukonik’s name was removed from the November ballot, leaving only Mrs. Bourassa’s name on the ballot.

City Clerk Patrick B. Trondle said that no new names could be placed on the ballot.

Mayor Zukonik owned and operated a cartage company and was active in the Veterans of Foreign Wars and the American Legion. He was a past commander of the Ecorse Veteran’s of Foreign Wars Post 5709 and was on the board of directors. He also served as scholarship chairman for the V.F.W. and was a member of the Pulaski Civic Club, Ecorse Hockey Association, Teamsters Local 299 and St. Francis Xavier Parish.