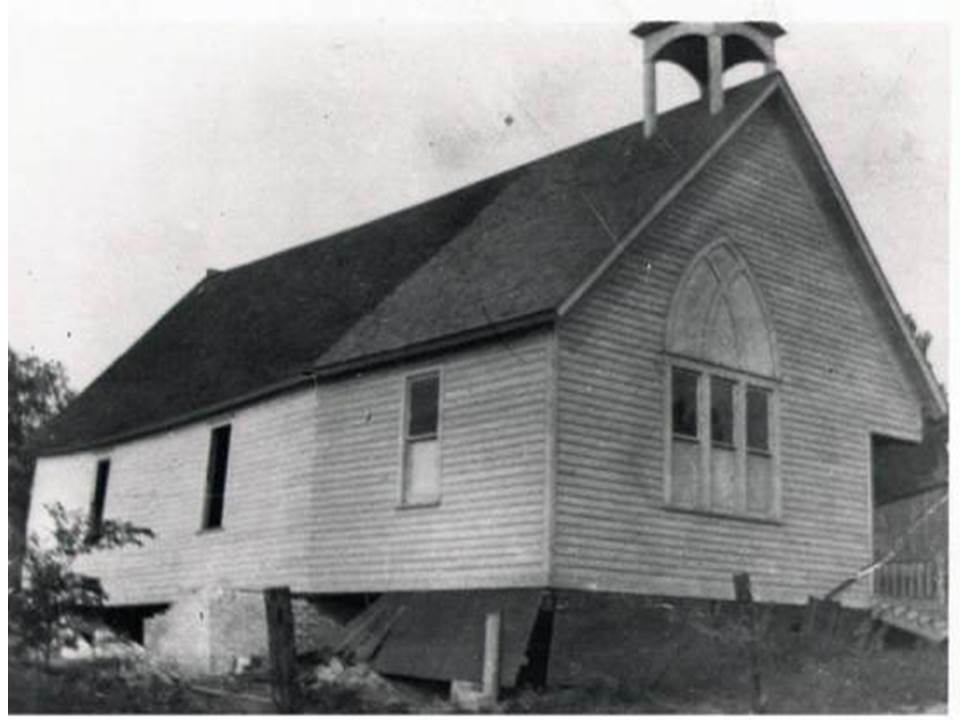 The Ecorse Advertiser of  June 19, 1935 reported that among two old Ecorse landmarks that will be demolished under the impending widening of West Jefferson Avenue are two old homes that played no small part in the early history of the village.

Both buildings belonged to the Goodell Estate, and two weeks ago passed to the ownership of Wayne County in the transaction that transferred 17 parcels between Bonzano and the railroad tracks to Wayne County.

One of these old homes, the one at 4333 West Jefferson, is one of the oldest homes in the Downriver district, having been built by the pioneer Jonas Goodell more than 150 years ago. Goodell built the house of logs shortly after buying the land on which the house was constructed from the Indians. (Other stories say that Elijah Goodell is the one who built that house on land that the U.S. government had given him for fighting in the Revolutionary War)

The house had the distinction of being the first place of Catholic worship in Ecorse. Its first pastor was Father Gabriel Richard, one of Michigan’s outstanding pioneers. Father Richard not only was one of the earliest Catholic priests, but also was a learned educator and a statesman of recognized ability.

In addition to being one of the two founders of the University of Michigan, which was first located on Bates Street in Detroit, Father Richard also was for many years a territorial representative in Congress. He established St. Anne’s, the first Catholic church in Detroit.

Once a month Father Richard would come out to Ecorse for mass, arriving on horseback. The services were conducted in the kitchen of the old Goodell home. It was in this kitchen that many Ecorse pioneers were baptized.

Many years after it was built other rooms were added to the house until today (1935) it contains five rooms. Long ago the old wooden logs were covered with siding so that none would suspect that beneath the weather boarding are logs that were hewn out of a primeval forest and placed in the walls of the house about the time the United States won its freedom from England.

When the County engineers examined the old logs prior to taking over the house, they found them well preserved.

The other old house that soon will be torn down is the residence at 441 West Jefferson, opposite Liggett’s Drug Store.  Alexander and Richard Goodell, brothers, built this building at the close of the Civil War and operated a general store in it. It became the first post office in Ecorse and for many years achieved local fame as the meeting place for Republican causes. Later it became the G.A.R. hall and still later was used as the First Presbyterian Church in the Village of Ecorse. Eventually it was converted back into a home and has been used as a home for many years.

News that the stalwart old pear tree at the William Goodell home, 4265 West Jefferson, will be spared in the forthcoming street widening will be received with satisfaction by many persons in the Village who are familiar with this patriarch of American fruit trees.

At first it was believed that the grand old tree, believed to be well over 200 years old, would have to be cut down when the actual widening gets under way, but now it is said that the tree will come just barely inside the curb line, thus saving the old pear tree from the axman.

Rather than see the old tree lose its struggle for existence the Goodells plan to go to the extra expense of tearing down part of their house and moving it around the tree when they move the house back, if they buy their home back from the County, as expected.

Horticulturists and historians alike are agreed that the tree was growing long before the founding of Detroit. There are only four trees of its species in North America, the others being one in Waterworks Park, Detroit, and two on the Canadian side opposite Ecorse.

Just how the trees came to be planted is in doubt, but it is believed that they brought to America by early French settlers as the species resembles a similar type of pear found only in France.

The tree at the Goodell home is about 60 feet high, has a trunk about three feet thick and could easily be mistaken for an oak tree, so much does it resemble hardwood. The tree bears exceptionally heavy loads of delicious fruit, the amount reaching fifty to sixty bushels in the best years. The fruit has a tart, but sweet pulp, very pleasing to the taste. A peculiarity of the tree is its bearing habits. In its bearing it rotates in cycles of three years, each year bearing heavier than the preceding year until the third year when the yield decreases for three years and then again starts increasing again. The tree seems to be little affected by frosts. 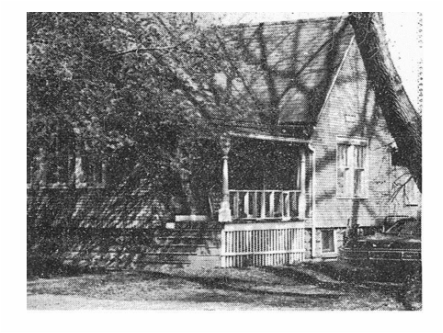 The old Goodell homestead which still stands in Ecorse.