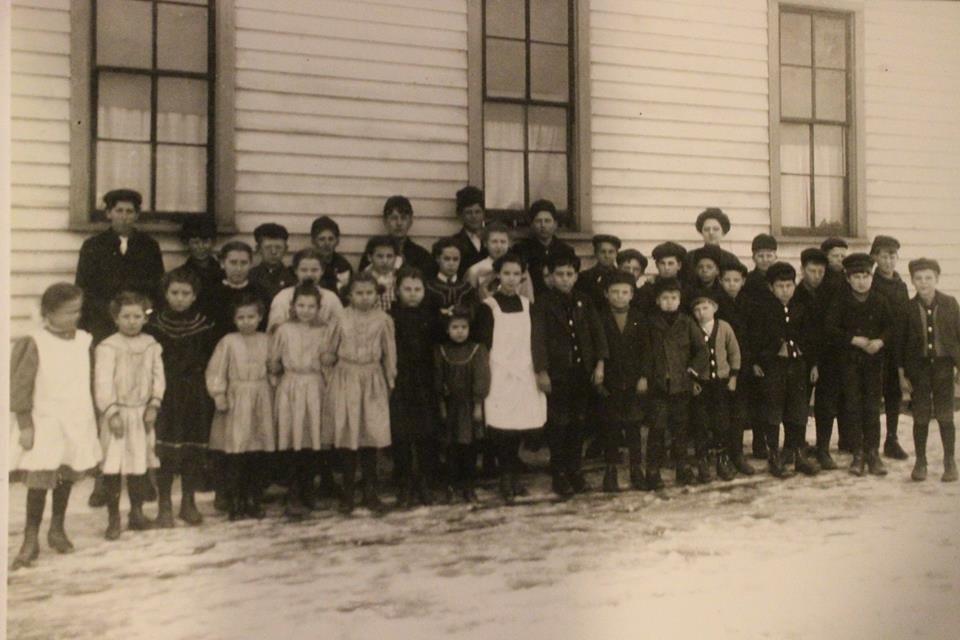 In the more bits of Ecorse Biography section you mentioned my Great, Great Grandfather Frederick Smith and My Cousin Charles Tyer who married Fredericks daughter Sophie. My Great grandfather Fred Jr, married Sophie Tyer who was Charles tyer's cousin. They lived on the family farm on Outerdrive where my Grandfather Henry was born in 1899. Henry met Minnie Sprague from Ypsililanti in the Evangelistical Church in Ecorse. Married in 1924 and had my father James in 1927. The family lived in the same farm until 1951 when Henry Ford bought the property. The VA Hospital was on the land for many years. Once the VA hospital was taken down, the land now has a Meijer Mini mall build on the spot. Thanks for reading, James

Not sure which school it is, but all the neighborhood kids are there. My grandfather Henry is next to the teacher. His cousins are Tyer, Dasher, and Yankle.

People in the photo: