Ecorse Events and Editorials, May 1950 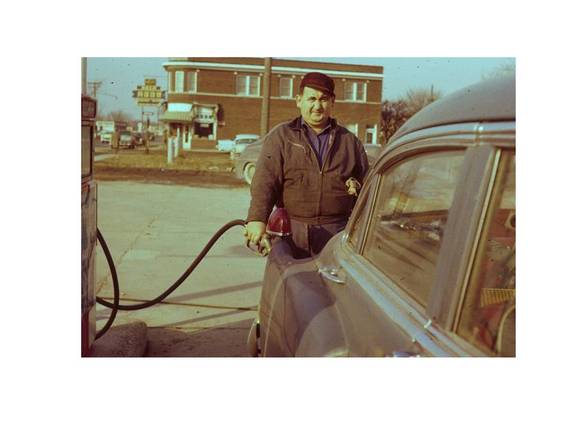 More than 900 future Ecorse citizens paid tribute to the spirit of freedom last Wednesday noon when they gathered in the Ecorse stadium to welcome the Liberty Bell Caravan to this city.

The bell – one of the forty nine replicas created for this nationwide program- was brought to Ecorse on the first leg of a statewide trek, which will carry the symbol of American freedom to every city and hamlet in Michigan.

The program is being carried out at the instigation of the United States Treasury Department as a means of arousing interest in the Independence Bond Drive now under way.

Glen Hunt, Ecorse High School instructor, spoke briefly at the beginning of the program, explaining to the students the history of the bell and its importance as a symbol.

George W. Cook, Deputy Director of the U.S. Treasury, Savings Bond Division for Michigan, spoke to the students concerning the importance of their participation in the drive.

At the conclusion of the program a group of Ecorse students took part in the ceremony of the ringing of the Bell, as the voice of freedom floated out over the City of Ecorse.

George Eldredge, a representative of the Ford Motor Company, one of the sponsors of the Caravan, highly commended the Ecorse student body, citing the group as “the best and most attentive audience yet encountered.”

When seven-year-old Jeanie Westcott grows up she’ll know what to do if a human wolf invites her to look at his etchings. As she was passing an alley way at 3625 West Jefferson last Thursday, Jeanie was approached by a ten-year-old boy who asked her if she would like to see some rabbits.

Jeanie, all a-flutter with anticipation, followed the boy up the alley. When they had traveled a short distance, the boys asked Jeanie what she had in her purse. She said it contained some money for some purchases she was to make at a grocery store.

Jeanie’s father, Lawrence Westcott of 76 East Auburn, reported to police that the boy had helped himself to 90 cents that was in the purse and fled.

“I’ll bet he didn’t have any rabbits,” Jeanie said scornfully.

Six year old Paul Messineo climbed some porch steps at 4334 Eighth last Thursday to make friends with a dog that had been tied up by its owner.

Paul, whose parents live at 4334 Eighth, was treated for severe bites below his left shoulder blade and the dog was ordered placed under observation for 10 days.

Clarence R. Mead, senior vice president of the Ecorse-Lincoln Park Bank, is scheduled to go to Chicago Saturday to attend the School of Financial Public Relations.

Enrolled as a first year student, Meade is one of 50 bankers enrolled in the school.

The school will be conducted from July 31 to August 12 by the Financial Public Relations Association in conjunction with Northwestern University.

Classes will be held in Abbott Hall, an 18 story residence hall on the shores of Lake Michigan on the Chicago Campus of the university.

A strapping Ecorse patrolman hung his head modestly this week when a letter from a contented citizen was hung upon the police bulletin board.

The letter, from a “married woman,” commended police in general for their courteous handling of the Ecorse Day throngs and one patrolman in particular who volunteered to mail a letter for her so that she did not have to leave her car in the congested traffic.

Police Chief Charles W. Miller, however, took a different view of the matter.

In an accompanying notation to members of his force he wrote: “This is evidence that police courtesy and service pays off.”

Donald Redwine of 3886 Fourteenth, wasn’t just dreaming that he put his fist through a window of his home.

As a matter of fact, when he snapped out of a nightmare early Friday morning, Donald found that he had not only shattered the window, but also had an ugly gash running the length of his right arm.

Summoned by Donald’s mother, Ecorse police rushed Donald to a physician’s office where 71 stitches were required to close the wound.

More than ever before in history a Civil Defense Program is necessary as a third World War would affect every civilian.

However, the organization of a Civil Defense Program does not mean that war is here and is no cause for alarm or hysteria.

A global war may not come but, with the tension in Europe, aggression in the Orient, and a dictator nation seeking to spread it ideologies over the world, the need for preparedness both military and civilian is obvious.

The time may never come for the civilian defense program to be needed, but it is important to realize that it might be needed and needed quickly.

For this reason every able bodied man and woman should register and train for the position he or she can best fill and make his city’s civil defense organization the most efficient and extensive possible.

The Dangers of a Vacation in the Country

The city dweller who goes on a vacation in the country may come home with a case of typhoid, undulant fever or diphtheria.

Accustomed as he is to the pasteurized milk and dairy products he buys in the city, he forgets that all of Michigan is not controlled by the state’s excellent pasteurization law.

Besides five communities in Michigan which have removed themselves from the protection of the law, the pasteurization law does not cover milk and dairy products sold or used on the farms where they are produced.

For this reason, a vacation on a farm or at a resort where milk and butter are supplied by a nearby farm may be a dangerous and costly one.

For safety’s sake, the Michigan Department of Health urges all summer vacationists to insist on pasteurized products or if these cannot be obtained, to use canned milk or pasteurize the local product and avoid buying homemade butter and cottage cheese.

Most resorts use only pasteurized dairy products, but holiday seekers must be on the alert and buy no raw milk, homemade butter, ice cream or cheese for only properly pasteurized products are safe.