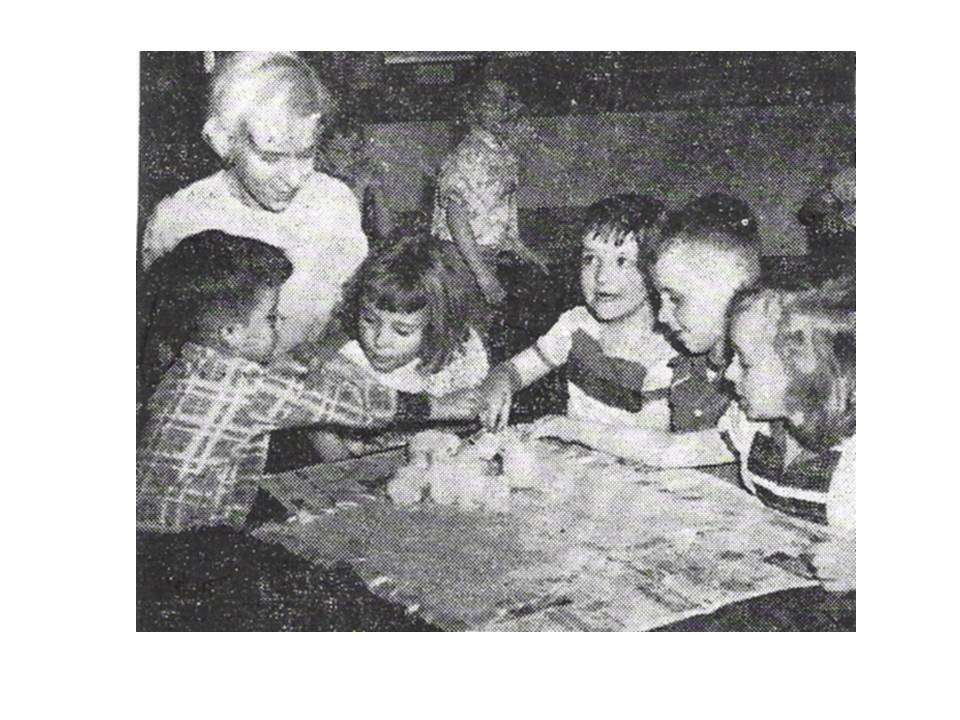 In late March 1955, Mrs. Lynne Finn, kindergarten teacher at School One, purchased 60 fertilized eggs with money that her pupils had brought to school.  Every day for three weeks the children cared for the eggs, taking them from the incubator to cool, and turning them twice a day to prevent the chicks from becoming deformed. Each egg was printed with a child's name and placed in an incubator to hatch.

On the seventh day the children candled the eggs and saw the chick embryos inside. On the fourteenth day they used the candling method to observe how the embryos had grown.

The children celebrated the "birthdays" of 38 chicks the first three days of school during the week of April 1, 1955, and each "coming out" party was a noisy gathering as the children's happy squeals mingled with the cheeping of the chicks. The excitement in the kindergarten room spread throughout School One and the children in the other lower classes visited the kindergarten room to watch the baby chicks hatch from their shells.

Mrs. Finn decided to continue the chick hatching as a class project and planned to keep the chicks in the kindergarten room. She hadn't yet decided what to do with them if they grew to full size.