Thomas Enright Contributed Much to Ecorse 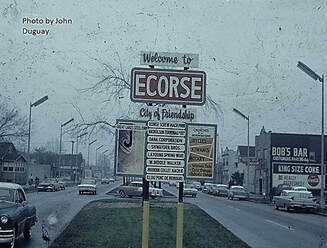 FAMILY TRIBUTE
Thomas Michael Enright was born July 25, 1946. He was the eldest child of Regis and Genevieve Enright, and later, older brother to Regis and John Enright. Thomas spent his childhood in Southeast Michigan, and in 1964, he got a job at Great Lakes Steel as a truck driver. He would go on to graduate from Ecorse High School in 1965.
After High School, Thomas joined the Army where he became a pay records specialist. During his service, Thomas was awarded the National Defense Service Medal, the Vietnam Service Medal, and the Vietnam Campaign Medal. He was Honorably discharged in 1969.

In 1973, Thomas was elected Treasurer to the City of Ecorse, a title he held until 1974, when he became the Controller for the city. That same year, Thomas and Pamela welcomed their first child, Nicholas. Then in 1976, their youngest child, Nathaniel was born whilst Thomas pursued a higher education.

In 1978, Thomas received a Bachelor’s degree in Management from Eastern Michigan University and the family moved to Michigan’s Upper Peninsula to the city of L’anse where Thomas became the Controller for the County of Baraga, where he managed the Department of Public Works. Then in 1981, he became the Controller of Baraga County Hospital, where he was responsible for all accounting functions of the hospital and helped oversee their conversion from manual to computerized accounting systems.

The family moved back to Ecorse in 1983, where Thomas once again became the Controller for the city, a job he held until 1987, when he became an Administrative Officer for Municipal Finance Consultants Inc.

In 1989, he became the Senior Vice-President of Raymond James & Associates and in 2010, he became the Managing Director at Great Lakes Capital Markets, LLC. He later worked as a Senior Vice-President of Public Finance for Hilliard Lyons, LLC; a job title he would hold until his retirement in 2016.
In 2005, Tom and Pam purchased their home away from home in Clare, Michigan. They spent many happy years decorating and updating the gorgeous, sprawling lake property. Summers there were passed relaxing and entertaining friends and family, especially their grandchildren, which would eventually include their grandson, Simon (2015).

Tom built a 9 hole golf course on the property and loved using it whenever people came to visit. However, his greatest pleasure was taking the pontoon out on the lake for an afternoon of fishing. Visitors to the property were often greeted by the sounds of Tom’s favorite rock & roll albums blaring from mounted speakers both inside and out of the house. On quiet days, he might be found enjoying one of the first edition books that he collected as he lounged on the porch or in his favorite chair, or perhaps watching sports or classic movies on the TV as he dozed.

Thomas was much loved and admired by his family and many friends. He was a strong, kind, generous, and loyal man who will be greatly missed by all who had the honor and privilege of knowing him.