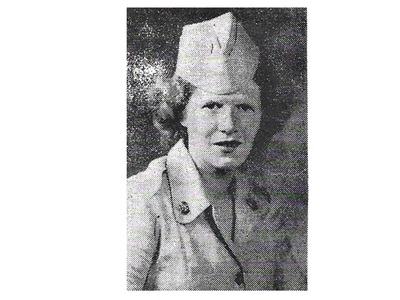 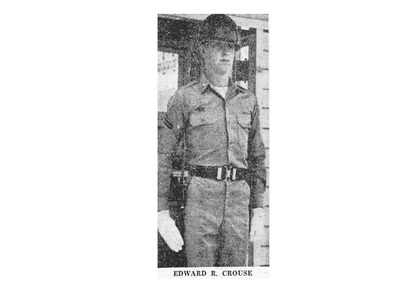 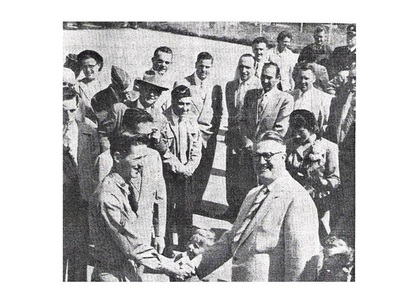 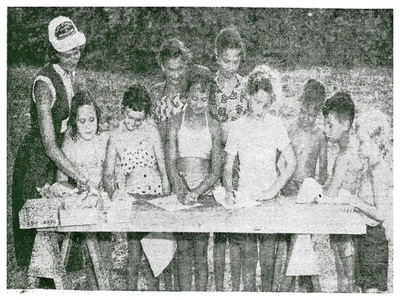 Letters from Home
On the Home front:  Another Anti-Aircraft Battery to be Stationed at Ecorse

Housing is Put Up For Men

About 250 to be Stationed Here

An anti-aircraft battery in defense of the steel mills area stationed for several months on former war assets property just off E. Westfield Street, Ecorse, is to be supplemented by a second battery, according to Col. Hubert D. Lewis, who commands several batteries in the Metropolitan area. Not only will a second battery be stationed in Ecorse doubling the defenses of the area, but new and improved shelters have been erected for the men.

Twenty-four Jamesway shelters well insulated temporary quarters, have been erected for the original battery. An equal number will be put up for the second battery. While the houses can be quickly erected or taken down they are warm in winter and cool in summer.

Equipment on the base includes radar for locating planes at a distance and radar for operating the four 90MM anti-aircraft guns rated 28 to 29 rounds per minute per gun. The guns are controlled by the second radar. Two mobile generators provide the essential electricity. The battery also includes four four-barreled machine guns electrically operated.

The first battery for some time had to haul all water used from the municipal building in a big tank wagon. A water connection is now being provided.


The land occupied by the battery is well drained, being considerably higher than most of the surrounding area. The men like the location since it is near good transportation when they get time off. It is also convenient to the library and recreation places.

Colonel Lewis said that he was well pleased with the situation at Ecorse. “The public is very friendly and responsive,” he said.

“We find it very congenial here in Ecorse,” said Captain R.T. Hart of the original battery. “We’ve met many fine people and everyone is friendly and helpful.”

In the summer of 1952, the parents of Pfc. Richard J. Movinski of West Westfield in Ecorse were notified that he was missing in action in Korea. Mr. and Mrs. William Movinski lived on the edge of hope and despair for months until a Saturday morning in February 1953 when the telephone rang. The voice on the other end said, “This is the Detroit news. I think we have some news about your son.”

The Detroit News reporter told Mr. and Mrs. Movinski that San Francisco radio monitors had picked up a broadcast from Red China in which prisoner of war Richard Movinski had been quoted as saying that he was being well treated and for his parents not to worry. As soon as this news was published in the daily newspapers and broadcast in radio news columns, the Movinskis received calls from far and near.

In September 1953, Richard Movinski stepped off the plane at the Wayne County Airport. The Ecorse High School Band directed by Herbert Saylor and a host of family and friends greeted him. The band played “America,” and “Hail! The Gangs All Here!” Richard paused briefly, and then disappeared into the waiting arms of his mother.

A 1949 graduate of Ecorse High School, Dick played on the football squad during his years there. In March 1952, he left Detroit from the same airport to which he returned. A few short weeks later he found himself in the front line trenches in Korea. In that same year, 1952, he and most of the other members of his company were captured at the Battle of Big Baldy and he spent fourteen months in a Korean prison camp. He had little to say about the months he spent as a POW. According to Dick, the food was mostly potato soup every day and it seemed like it was only potatoes in luke warm water.

Pfc. Dorothy Irene Williams came home to Ecorse on a ten day furlough in July 1953 from Fort Ord,, California.
The daughter of Mr. and Mrs. Oscar Williams of East Auburn in Ecorse, Pfc. Williams enlisted in the WACS in February of 1953. She served with the Medical Corps.

Private Edward R. Crouse on duty at General Macarthur’s Headquarters in Tokyo, Japan. Private Crouse, son of Marion Crouse, of 17 Sunnyside, Ecorse, is a member of the General’s handpicked Honor Guard in the Japanese capital.

A 1948 graduate of St. Francis High School, he enlisted in the army the same year and has been in Japan since March 1949.

Pfc. Walter Crouse, a brother of Edward, is also on duty in Japan. He enlisted in August of 1948.

Hawkins was elected as the first mayor of Ecorse in 1942. He was reelected in 1943 and after a tour of duty in the Army returned to his law practice. He was again elected mayor last week without opposition.

The council chamber for the inauguration of the newly elected city officials was banked with over thirty huge floral pieces and baskets of cut flowers and with the best wishes of friends and organizations for the success of the new administration.

Richard Gerstner, 19, of 21 Applegrove, son of Mr. and Mrs. Francis Gerstner, was killed in action in Korea. He had been an infantryman for two years and was stationed with the Army in Japan for a year before the Korean War broke out.

Pfc. Wilson, 21, graduated from Ecorse High School and has been on active duty with the Air Force since his enlistment on September 15, 1948.

Pfc. Fred H. Schallhorn, eighteen-year-old son of Mr. and Mrs. Harold Schallhorn, 72 W. Woodward, Ecorse, has been wounded in the Korean fighting, the Defense Department has announced. Pfc. Schallhorn’s parents were notified on June 12 that he had been hit in the arms, legs and head by shrapnel, but the telegram did not state whether or not the wounds were considered serious. He is a member of Company a, 14th Infantry.

This is the second time you Schallhorn who attended Ecorse High School, has been wounded. His parents were notified several months ago that he had been awarded the Purple Heart for a slight wound.

Pfc. Schallhorn, who was an employee of Modern Collet in Ecorse before entering the service more than a year ago, arrived in Korea last October.

The Schallhorns have another son in the U.S. military service. He is Pvt. John Schallhorn now stationed in Hawaii.

With the 4th Infantry Division in Korea, James W. Jones, son of Mrs. Odessa Jones, 3791 Eighteenth Street, Ecorse, was recently promoted to corporal while serving in Korea with the 43rd Infantry Division.

Originally an Oklahoma National Guard Unit, the division is now filled with men from all part of the United States. It arrived in Korea last December and captured “T-Bone” hill in June’s see saw hill battles.

Jones, who has been in Korea since last January, is a gunner in the 171st Field Artillery Battalion.

A gunner in the 9th Infantry Regiment’s Company F, Pendred entered the Army in October 1951. He wears the Combat Infantryman Badge, Korean Service Ribbon and the UN Service Medal. He is a 1949 graduate of Ecorse High School.

Frederick A. Lackey, 22, the only son of Mr. and Mrs. Calvin lackey of Twelfth Street in Ecorse, died in a U.S. hospital in Tokyo on February 3, 1953, of wounds suffered on the Korean battle front.

The information reaching the parents from the Department of Defense indicated that the body would be returned to the United States, but didn’t specify a date of return.

Lackey attended Ecorse High School and entered the military service in 1951. He was sent to Korea in May 1952.