Roy B. Salliotte Is Killed in Action in World War I

Civil War veteran Antoine Salliotte, born in 1841, served with General Sherman in his march through Georgia and was twice wounded in action.

Antoine married Agnes Abott and their children included Roy B. Salliotte. Roy was killed at the battle of the Meuse-Argonne in France in 1918. The Roy B. Salliotte American Legion Post in Ecorse was named for this First World War hero.

The Home Front: World War I

In July 1958, 70-year –old Eli “Peck” LeBlanc officially retired from a fifteen year stint as Ecorse dog warden. A descendant of one of the Downriver area’s oldest families, he still lived at 4560 West Jefferson in a home built on the site of the original farm that the Pottawatomie Indians had deeded to his great-grandfather Pierre in 1790 when he came to Ecorse from France.

Peck was born August 10, 1888, and by 1904, when he was sixteen, he worked in an ice house on the Detroit River cutting huge blocks of ice which were stored in sawdust to use during the summer months. At this time he was attending the “old school” which was razed in 1910 to make room for the “new school”, which was Ecorse School Two.

When he was a young blade of seventeen, Peck decided it was time he had a “regular” suit. He got a job at the Great Lakes Engineering works in Ecorse as a fitter’s helper and worked for five months until he had enough money to buy his new suit.“I remember I paid $15 for a blue serge suit and then shopped around a bit before buying my first watch. It was a $25 gem,” he recalled.

Trained as a railroad telegraph operator in 1906, Peck spent most of his adult working life following the trade. Lured by the call of the clicking key, he traveled over most of Michigan finding jobs as a telegrapher at stations in Vanderbilt, Mackinaw, Roscommon, Indian River and many other places before settling down at the Michigan Central’s Wyandotte station.

In 1908, he transferred to the Ecorse station on Southfield and remained there until 1915, shortly before the station was closed to make way for the Southfield viaduct. After a short stay at the Rockwood station, he changed careers for a time and served as time keeper in the old Ecorse Foundry and Detroit Brass and Malleable in Wyandotte. During World War I he worked as timekeeper in the Wyandotte shipyards.

For years Peck spent most of his free time sitting on the front porch of his home on Jefferson Avenue and gazing through his binoculars at the mighty ships that passed back and forth on the Detroit River. All of the freighter captains knew him.

In May 1972, the Stewart Cort, at the time the largest ship ever to sail the Great Lakes or on the Detroit River made a pass up the Detroit River right by Peck’s house. She was headed up river on her maiden voyage from Erie, Pennsylvania, where she was built to Lake Superior to take on nearly 52,000 tons of iron ore. Her regular route was scheduled to run between Taconite Harbor, Minnesota, north of Duluth and Bethlehem’s Mill at Burns Harbor, east of Gary, Indiana. It was unlikely that she would ever again pass through the Detroit River.

The many friends and relatives of Judge John L. Riopelle of 3928 West Jefferson were shocked to hear early on the Wednesday afternoon of June 22, 1949, that he had died. Judge Riopelle who was 55 years old, had been ill since October of 1948. He was a member of one of the oldest Downriver families. Although he was born in Wyandotte, Judge Riopelle attended Wyandotte, Ecorse, and Central High Schools. He graduated from the Detroit College of Law.

Active in local politics for over twenty years, Judge Riopelle was justice of the peace for many years. He was one of the organizers of the Ecorse Kiwanis Club and the Good Fellows, an active member of the Roy B, Salliotte American Legion Post, Knights of Columbus, Holy Name Society, Optimist club, Rotary and other local organizations.

Judge Riopelle served with distinction during the First World War. At the time of his death, he was secretary of the 32nd Red Arrow, 199th Field Artillery.

Dr. Arthur E. Payette had a dental practice in Ecorse for 46 years until he retired in 1968.

He graduated from the University of Detroit and also attended the Indiana College of Dentistry. During World War I he served with the Navy Medical Corps.

Emmett Fuller was born on September 16, 1896, in Perry, Georgia to Jordan and Lucy Fuller.

He came to Ecorse in his younger years and when the United States entered World War I, he enlisted. He was a member of American Legion Post No. 352.

In 1920, Emmett married his wife Jeanette. In his later years he became a member of Mt. Zion Baptist Church and was always willing to do whatever he could for the church. 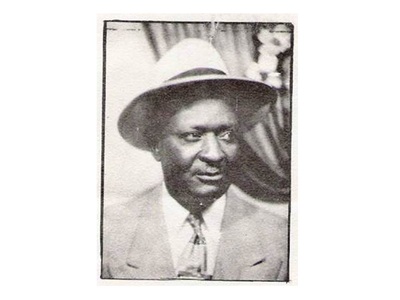 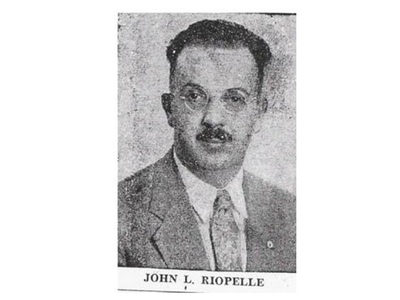