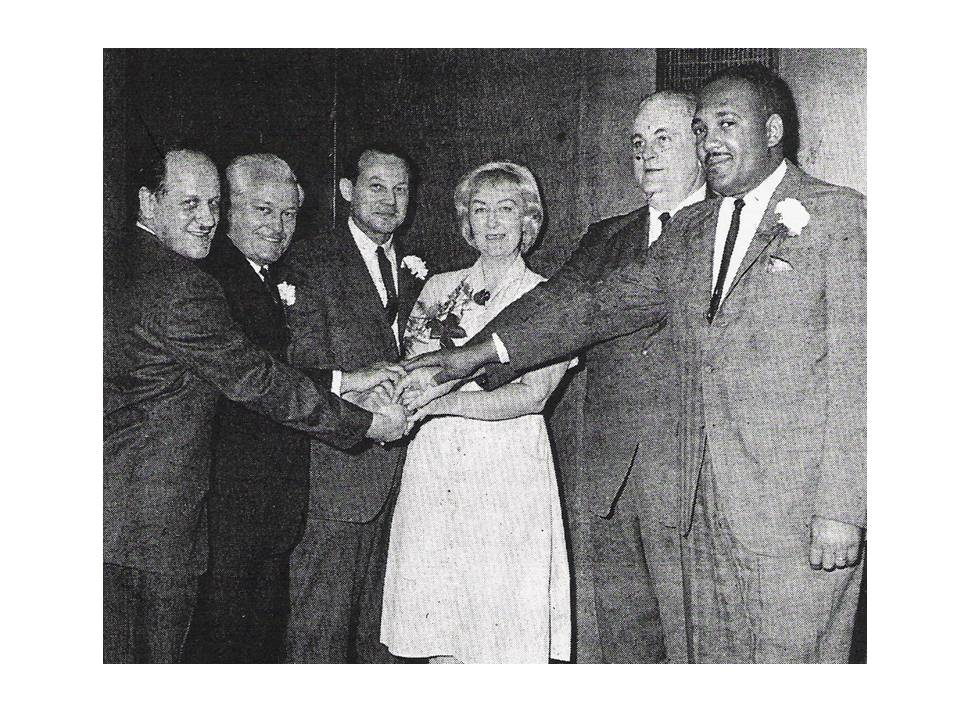 Ecorse City officials named Helen Caffo, nurse of the Ecorse Department of health, 'Longevity Champ' to recognize her twelve year service record with the city. She started working for the Ecorse Health Department in 1953.

The May 1965 event was staged as a Michigan Week program instead of National Secretary's Day.