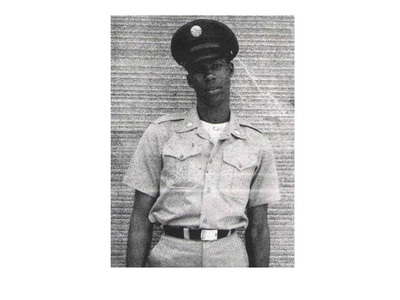 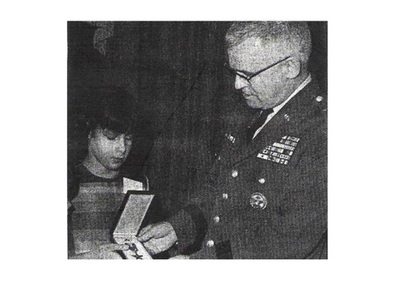 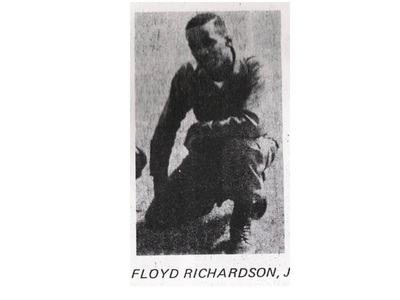 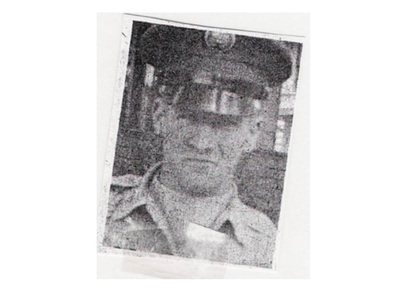 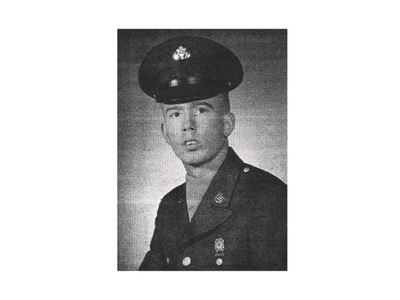 Lewis Roy Kirby
These soldier’s stories began over a half century ago in Ecorse, Michigan, and ended in Vietnam in the late 1960s, and early 1970s. Yet, they live on.

Until July 4 weekend 2009, their names were inscribed on a Vietnam War Memorial on a monument in Dingell Park overlooking the Detroit River in Ecorse, Michigan. Now the memorial is blank because vandals stripped the nameplates and ornaments to sell them.

Ecorse soldier Lewis Roy Kirby of the 14th Infantry, 25 Division was killed in combat with small arms fire on November 19, 1966 in Vietnam. He was the first Vietnam War casualty from Ecorse.

Lewis, the son of James Kirby of Labadie Court, Ecorse, attended Ecorse High School for one year and Lincoln Park High School for two years. He enlisted in 1964 and received his boot training at Fort Knox and then more training in Georgia and Hawaii before he went to Vietnam. He was killed in Kontum Province in South Vietnam on November 19, 1966.

His father James Kirby was on a hunting trip in northern Michigan when the American Legion Post at Lake City, Michigan located him and informed him of the death of his son.

Funeral services and burial were held from the Leonard Funeral Home in Bellaire, Michigan, where his mother Wanda was buried in 1959. Besides his father, a brother Joseph of northern Michigan survived Lewis who was 19 years old when he was killed.

U.S. Army Private First Class Joe D. Johnson, Jr., 20, of Sixteenth Street in Ecorse was the second Ecorse soldier killed in Vietnam. He died on January 2, 1967, when he was hit by fragments from a Viet Cong mine inTay Ninh Province, South Vietnam.

He was a member of Company A, 196th Infantry in the Second Battalion. Drafted into the Army in May 1966, he entered Fort Knox, Kentucky for his boot training. He obtained his advanced training at Camp Polk, Louisiana. He left for Vietnam December 3, 1966.

His parents, three brothers, a sister, and a grandmother survived Joe. He was buried with military honors at Union, South Carolina.

Martee Bradley, Jr. was born on August 8,1948, in Ecorse, Michigan. He played first trombone in the Ecorse High School Band during his high school years. He graduated in 1967 and was drafted into the Army in March of 1968. He took basic and advanced training and spent a summer home on leave before going to Vietnam.

Martee was a specialist fourth class in the 2nd Infantry, 1st Infantry Division and began his Vietnam tour of duty on August 8, 1968 in Binh Duong Province, South Vietnam. He was killed on December 8, 1968.

On December 11, 1968, Mr. and Mrs. Martee Bradley of 18th Street in Ecorse received word that their son Martee Bradley, Jr. had been killed in Vietnam. On December 9th, the Army had informed them that he was missing in action.

Jaime Villalobos was born on October 30, 1940, and grew up in Ecorse. He began his tour of duty in Vietnam on February 14, 1968, and was killed in Thua Thien Province on May 25, 1968. He promoted to staff sergeant posthumously.

Philip Tank , born on November 27, 1947, grew up in Ecorse and graduated from St. Francis Xavier High School in June 1965. He attended Northern Michigan University at Marquette before joining the Army in January 1968.

He began his Vietnam tour of duty as a private first class of the 1st Battalion, 2nd Infantry, 1st Infantry Division of the Army on July 4, 1968.

On September 12, 1968, Philip was killed in Binh Long Province South Vietnam, by gun or small arms fire. His body was shipped home and on September 26, 1968, a funeral Mass was sung at St. Francis Xavier Church. He was buried at Michigan Memorial Park, Flat Rock, with full military honors.

Private First Class Charles William Kinney was born October 25,1948, in Ecorse. Charles was a soldier in the 101st Airborn Division, United States Army. He began his tour of duty in Vietnam in December 1967, and was killed in Thua Thein Province in South Vietnam, on May 3, 1968. He was 19 and married when he died.

The names of these Vietnam War veterans and several others were inscribed on a monument located in Dingell Park on the Detroit Riverfront in Ecorse. These Vietnam soldiers are remembered despite the fact that vandalism left the name plates on their memorial in Dingell Park in Ecorse, Michigan, blank.

These are the stories of the Ecorse soldiers on the blank name plates in Dingell Park.

Philip Leonard and Charles Louis Tank were members of the Tank family of Ecorse, Michigan which featured several generations of championship rowers for the Ecorse Boat Club. According to his cousin, Rodney Tank, Charles didn’t have time to establish any rowing records before he went to Vietnam, but he intended to continue the family tradition.

Charles Louis Tank, a cousin of Philip Leonard Tank, volunteered to fight in Vietnam with the 23 Artillery Group II Field Force, United States Army and arrived there in March of 1969. Born on September 14, 1943, he grew up in Ecorse, Michigan, and graduated from St. Francis High School.

In a 2009 interview, his cousin Rodney Tank, also a Vietnam veteran, said that Charles loved and believed in America and wanted to fight for his country. “Everybody loved him and it was a terrible loss when he died after only a month in Vietnam,” Rodney said.

Charles Louis Tank arrived in Tay Ninh Province, South Vietnam in March, 1969 and he was killed on April 19, 1969. He received a posthumous promotion to corporal.

Thomas Wayne Bickford was born on November 2, 1950 in Lincoln Park, Michigan, but he and his wife Brenda lived in Ecorse. He was a Specialist 5 in C TRP, the 16th Cavalry, 1st Aviation BDE, USAV. He began his second tour of duty in Vietnam in June 1971 and was killed in Ba Xugen Province in South Vietnam on July 11, 1971.

Sp5 Bickford was in a helicopter which blew up in mid-air as the result of enemy gunfire. He began his second tour of duty in Vietnam on June 1. He was a 1969 graduate of Lincoln Park High School and entered the Army in February of that year. He was sent to Vietnam in January 1970 and was returned to the United States in December 1970.

He was a 1968 graduate of Ecorse High School and became a Specialist Fourth Class , 1st Signal, BDE, in the United States Army.He started his tour of duty in Vietnam in November 1970, and was killed in Quang Nam Province on February 2, 1971.

They Have Much in Common


These soldiers all had different lives, different birthdays, different races, different families. They had Ecorse, Michigan, their home town in common-memories like Frankie’s Pizza, the best Pizza place in the world, the park by the Detroit River where they took their girls to watch the submarine races, and Ecorse and St. Francis High Schools.

They took home town memories with them to Vietnam - tree lined streets, the smell of burning leaves in the fall, ice fishing in the winter, the usual hometown things.


A story in the Ecorse Advertiser of May 20, 1973, revealed how their home town responded to their sacrifice. The story says that following the traditional Memorial Day waterside services in Dingell Park at the foot of Southfield in Ecorse, representatives of veteran’s organizations dedicated a memorial to six Ecorse men who were killed in Vietnam.

Also honored was Sgt. Gary LaBohn of South Lyons who is missing in Action. LaBohn was adopted by members of Ecorse VFW Post 5709 who have long been active in the POW-MIA program.

Members of the VFW and American Legion Posts 272, 319 and Dumas and the Peter Reeves Women’s Relief Corp attended the dedication that was made by Denise Rebhahn, president of the VFW Junior Girls Unit. Chaplain Terri Vasquez closed the ceremony with a prayer for the souls of the departed comrades and for the safe return of Sgt. LaBohn.


A story dated Ecorse, Michigan, July 8, 2009, continues the story of the monument. The story said that police were looking for vandals who stripped several Vietnam War memorial statues in Dingell Park overlooking the Detroit River over the Fourth of July weekend. The thieves stripped the names and letters off the memorial which stood beside the Detroit River since 1973. Police said that they believed the bronze nameplate and letters were stolen to be sold as scrap metal.

Lester Pegouske, a Vietnam veteran from Ecorse said, “This is terrible. The monument has sat there for 40 years now some guys come and do this for a few bucks. It’s disgraceful.”


Vietnam veterans and community residents will attend the Waterfront festivities in Dingell Park. There is a movement afoot in Ecorse to replace the bronze nameplates although it is uncertain if the replacement will be there by the Fourth of July celebrations. Rodney Tank said that “he was all choked up inside” about the vandalized memorial and the people whose names on the plate “deserve to be remembered.”

The soldiers with the blank nameplates are well remembered and a group of Ecorse private citizens has since replaced the nameplates.

Halberstam, David, The Making of a Quagmire: America and Vietnam During the Kennedy Era, Rowman & Littlefield, Inc., 2007