Al DuHadway Writes that Grandport was Once the Center of Ecorse 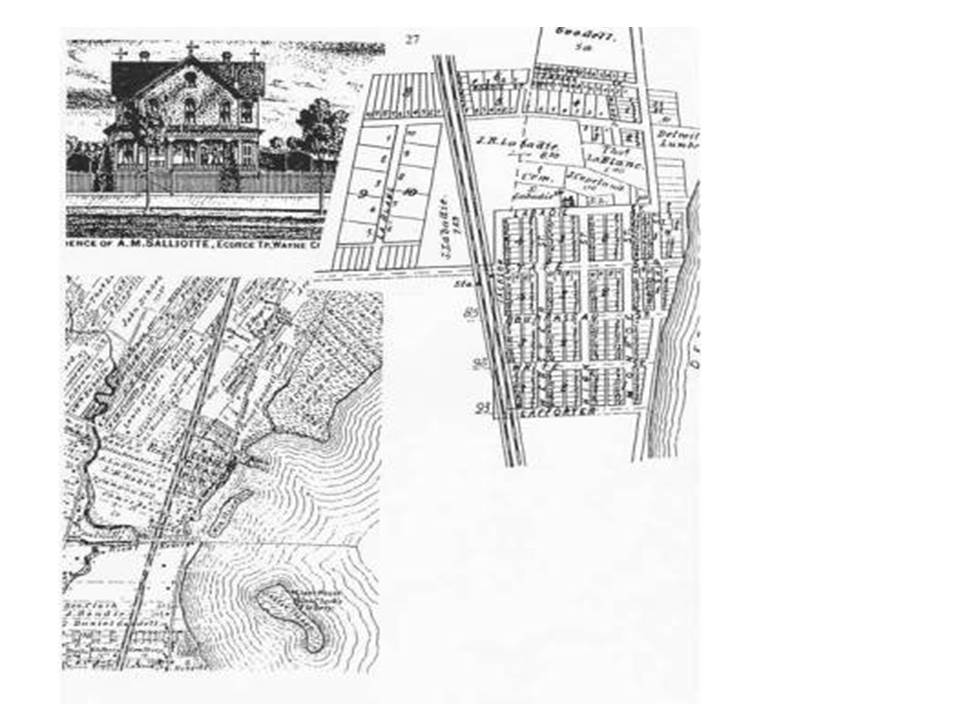 Grandport Once Center for Area

If early day settlers could have foreseen the future, virtually everyone living in the area served by The Mellus newspapers would call Grandport their home town.

Because of a lack of foresight, the community – once the only settlement between Detroit and Monroe-ceased to exist and today is almost forgotten.

What once comprised the tiny hamlet, only four blocks long, now is the oldest portion of the historic city of Ecorse and its beginnings can be traced back to a period when the French flag floated over the village and the area was part of the Province of Quebec.

Descendants of early French settlers can trace their land titles back to 1746, some 43 years before George Washington was inaugurated as first president of the new nation called the United States.

Downriver residents, in reading the deeds to their property, often find the first pages written in French, and in some instances there appear drawings of fish, turtles or birds, which were signatures of the original owners – American Indians.

During the term of John Quincy Adams, our sixth president, the Michigan Territory was divided into townships, with Ecorse Township being formed in 1827, but a small hamlet – a fishing and farming center had existed on the riverfront for some time. A map, drawn around 1830, shows the Village of Grandport, and the streets remain in the same locations to this day, some still bearing the same names they had nearly 150 years ago.

As evidence of the period when the community was platted, streets were named for such historic personages as Andrew Jackson, Daniel Webster and James Monroe – the latter two retaining their names today.

Other streets which exist in their original location are High, Labadie, Bourassa and White, while what then was State Street now is busy Southfield Road, and Lafforter has been renamed LeBlanc.

Ship Street, which originally was two blocks long, now is carved out of Ecorse Township. The new area was named Taylor, in honor of General Zachary Taylor, the Mexican War hero who later became the 12th president.

The settlement of Grandport continued to be the center of Ecorse Township, but for some reason never was incorporated. As the years passed, the name fell into disuse and most of the oldsters referred to the community as Ecorse.

It was around this time that Wyandotte – another unincorporated community – came into being, and in 1867 the city of Wyandotte was formed. Around the turn of the century River Rouge became an incorporated village.

It was not until 1902 that Ecorse finally got around to incorporating as a village with elected officials, and in 1918-during World War One – the community expanded to its present size.

Three years later, when the Village of Lincoln Park was created, historic old Ecorse was surrounded and forever held to its small size. Ecorse became a city in 1942.

Had economic conditions been more favorable over a century ago and early farmers could have envisioned the future, persons now living in Taylor, Allen Park, Melvindale, Southgate, Wyandotte, River  Rouge, portions of Southwest Detroit- as well as Ecorse – possibly would be living in the huge metropolis Grandport.