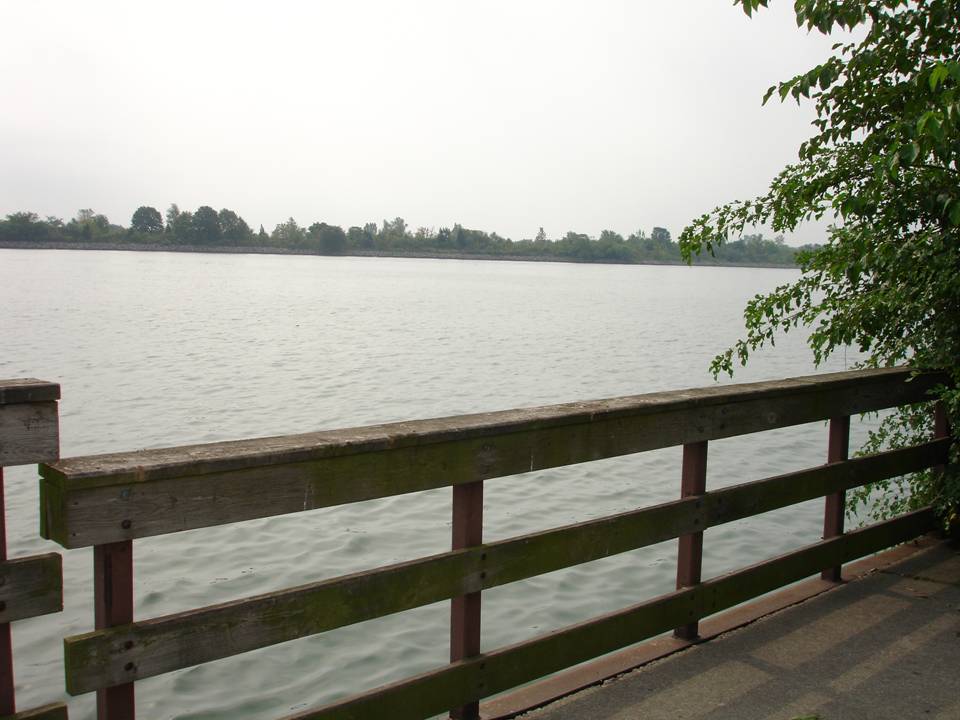 Dark hands ease a rowboat into the Detroit River while white hands push it. Behind them, lamplight glows in the windows of a log farmhouse. The Detroit and Downriver Underground railroad was one of the busiest sectors of the American Underground Railroad.

In operation roughly between 1840 an 1860, the Underground Railroad ran most effectively after the Fugitive Slave Act was passed in 1850. This act empowered slave hunters to pursue fugitive slaves onto free soil and compelled law enforcement officials and bystanders to aid in the capture of fugitive slaves. It imposed fines and prison sentences on people helping fugitive slaves escape and resulted in countless efforts to kidnap fugitives who were living in the Northern United States or Canada and return them to the South.

In Detroit, slavery dates to the time of its 1701 founding. Burton’s list of the first settlers in Detroit’s First Directory includes several slaves, although the first mention of Negro slaves occured when two of Louis Campau’s slaves were mentioned in 1736. Pierre Roy, possessed a panis or Indian slave called Jacques who was 7 or 8 years old. Jean Richard, voyageur, owned Marie Jeanne, a panis or slave who was about 15 years old. Mr. Moynier owned an Indian panis aged 12 to 14 years old who died on November 18, 1710. Joseph Paret owned an Indian panis Joseph, called Escabia, who was about 22 years old. He died in January 1710.

Census documents of the 18th an 19th Centuries record varying numbers of slaves in Detroit and up and down the Detroit River, but firmly establish their existence.  A 1762 census for Detroit reveals that 65 of the approximately 900 people living near the fort were African American slaves. Governor Henry Hamilton listed 78 female slaves and 79 male slaves in a later census.

By July 1832, approximately three hundred Negroes lived in and outside of Detroit, many of them runaway slaves. Most of them had found work, so they remained in Detroit instead of crossing into Canada and assured freedom. Many of them moved back and forth across the border as laws and slave catchers waxed and waned and opportunities for a better living and greater safety for themselves and their families fluctuated between Canada and the United States.

It is as difficult to document the journeys of the Underground Railroad in Downriver Detroit as it is its journeys across the country because of the necessary secrecy surrounding its operations, but since Detroit was a major Underground Railroad station, Downriver communities were involved because of proximity as well as Abolitionism. The fact that the Detroit River flowing through the Downriver communities is studded with islands like Bois Blanc, Grassy, and Fighting Islands serving as rest stops for fugitive slaves and their pursuers made it a magnet for fugitive slaves.

Before and during the Civil War, escaping slaves used Bois Blanc or Bo-Lo Island as station stop on the Underground Railroad route to Canada. They landed on the beach and rested for a few hours or a few days before continuing on to Amherstburg and new lives in Canada. Local tradition has it that fugitive slaves also used Fighting Island and Grassy Island as stepping stones to Canada.

Captains of Great Lakes vessels used a sextant, compass, The Big Dipper and the North Star as navigational guides and their moral compasses to determine whether or not to transport fugitive slaves. With the help of Great Lakes captains or in small skiffs, canoes, rowboats or anything that floated, fugitive slaves crossed the River to freedom. “Old Man” is a slang term for a captain and many of the”old men” of the Great Lakes vessels were Abolitionists and carried fugitive slaves to freedom. A smaller number worked to keep or return the fugitives to captivity.

Free African Canadians and fugitive slaves fromAmerica quarried stone near the town of Amherstburg,Ontario. Then black owned vessels shipped the stone blocks up the Detroit River to the Port of Detroit where they were put on another ship and carried to the site of the first Sault Ste.Marie Canal that opened in 1855. This canal allowed ships to move freely from one lake to another and began the transporting of Lake Superior iron ore to the Midwest.

Black and white crewmen helped escaping slaves cross the lakes to  freedom in Canada. George DeBaptiste of Detroit was one of the active conductors in the nautical Underground Railroad. Purchasing the steamboat T. Whitney in 1860, he ran between various Canadian ports and Detroit and later forged a direct link across Lake Erie between the ports of Sandusky, Ohio and Detroit. He made wood stops at the port of Amherstburg, Ontario.  After the T. Whitney renewed its wood supply, it steamed out into the Detroit River and any fugitive slaves that happened to be on board were left at the dock to begin their lives in Canada.

The Pearl, a steamer plying between Amherstburg,Ontario and Detroit played an important part in the lives of many fugitive slaves, including John Freeman Walls and his white wife and her white children. Captain Christopher C. Allen, a native of Amherstburg sailed the Pearl as a wheelsman and a porter between 1859 and 1863 and piloted many runaway slaves on the Amherstburg docks to freedom.

The Ward line of ships and their crews generally sympathized with fugitive slaves and carried them to Canada. Fittingly enough, Captain Eber B. Ward’s story begins in Canada where he was born in 1811.  His parents had fled to Canada from Vermont in 1811 to avoid the consequences of the War of 1812, so Eber was born an American citizen.

After moving around for several years, the Ward family finally settled in Marine City, Michigan. From the time he could dog paddle, Eber Ward longed to sail on the lakes and luckily for him, his Uncle Samuel, the leading shipbuilder of Marine City, noticed and tapped his enthusiasm for Great Lakes shipping. Eber and Samuel Ward built and operated many vessels that traversed the Great Lakes and deposited fugitive slaves in Canada. Their vessels included the General Harrison, Huron, Detroit, Samuel Ward, Atlantic, Ocean, Arctic, Pearl, B.F. Wade, Planet and Montgomery.

Sometimes fugitive slaves used the Downriver Detroit route as an open ended highway to suit their social and economic needs. In an account of everyday life on the north branch of the River Ecorse near the Detroit River that he called The Bark Covered House,  Michigan pioneer William Nowlin discussed his farm hands.

The oldest of five Nowlin children, William journeyed to Michigan with his parents, John and Melinda Nowlin, from what he considered civilized life in New York. William was born September 25, 1821, and family talk about migrating to Michigan began around 1832, with the family finally making the journey to Michigan in 1833-1843. They boarded the steamer Michigan and arrived in Detroit in the spring of 1834.

From Detroit, William and his father John walked with guns on their shoulders to their new farm, one mile south of Dearborn. The next day his mother Melinda and the rest of the family reached the homestead and in one week, John Nowlin had built a “bark covered house” for his family.

One of William Nowlin’s most telling Ecorse Rivere xperiences happened when he married and was establishing his own claim along the Ecorse River. He hired three or four colored men from Canadato help him through his haying and harvesting and with other odd jobs around the Nowlin homestead. Two of the colored men kept their names to themselves and the names of the other two were Campbell and Obadiah.

According to William Nowlin, Campbell was the older of the two men and trusty and dependable in all respects. Obadiah was a young man whose parents had died when he was  a child. He had a younger sister and brother and he wanted to keep them together and provide a home for them.

The 1850 Fugitive Slave Law required northern men to help hunt down and capture runaway slaves, so William did not inquire too closely into the histories of the men who worked for him. Campbell later told William Nowlin the details of his escape from slavery, and William realized that the colored men were afraid that they would be arrested and taken back into slavery. They didn’t feel safe in working so far from Canada, but Nowlin’s attitude should have reassured them. He said, “I am sure if I had heard of his master’s approach or his agent’s, I should have conducted him, for the three miles through the woods to the Detroit River, procured a boat and sent them across to Canada, regretting the existence of the Fugitive Slave Law and obeying a higher law.”

After William Nowlin had finished his haying and harvesting, the colored workers moved back to Canada, near Windsor.